'Prem Ratan Dhan Payo' is only for Salman: Sooraj Barjatya

Filmmaker Sooraj Barjatya says he has made his larger than life Bollywood entertainer "Prem Ratan Dhan Payo" for superstar Salman Khan, with whom he has collaborated after 16 years. 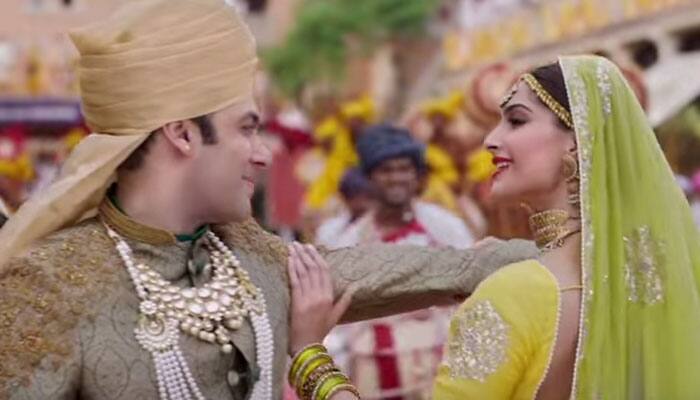 Mumbai: Filmmaker Sooraj Barjatya says he has made his larger than life Bollywood entertainer "Prem Ratan Dhan Payo" for superstar Salman Khan, with whom he has collaborated after 16 years.

Known for his family dramas with ensemble cast, palatial sets, enviable ethnicwear and elaborate song and dance routines, Barjatya says his effort for "Prem Ratan Dhan Payo" will be worth it if audience enjoy the film with their entire family in the festive season.

"This film is only for Salman. I wanted to make people adore him... a film with which he can change people. Youngsters go less for my movies, but if a youngster says he wants to show it to his mother, grandmother or in-laws, then it is the biggest return and victory for me," Barjatya said.

One of the most awaited Bollywood films to be released in this year, "Prem Ratan Dhan Payo" hits the screens on Thursday. It also stars Sonam Kapoor, Neil Nitin Mukesh, Swara Bhaskar and Armaan Kohli. This will be the fourth collaboration between Barjatya and Salman after their previous successful outings, "Maine Pyar Kiya", "Hum Aapke Hain Koun..!" and "Hum Saath Saath Hain".

Sonam, who essays Salman's love interest in the film, said the film has been one of her "happiest experiences".

"I thank Sooraj sir for giving me such an amazing opportunity... I have enjoyed doing all the films I have done before, but this has been the best experience. I did not expect I would be getting this kind of chance in my career to work with Salman Khan and Sooraj-ji," she said.