'Bajrangi Bhaijaan' is set to release in Pakistan 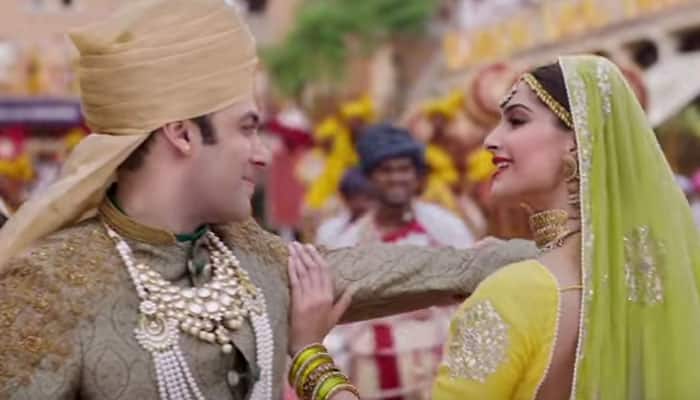 New Delhi: His 'Bajrangi Bhaijaan' turned out to be a major success story in Pakistan for its heart warming tale of a Hindu man helping a Muslim girl to reach her parents across the border. Now at a time when art and cinema have been dragged into the politics between both nations, Bollywood superstar Salman Khan's forthcoming family drama "Prem Ratan Dhan Payo" will also hit the screens in Pakistan on the same day as in India.

The movie is scheduled to release a day after Diwali on November 12.

Salman had earlier told IANS that he wanted the movie to cross borders. Now, he has all the reasons to be happy.

The actor feels cinema is a "powerful medium", with the capability to usher in a change.

He said: "The medium is really powerful. We can do a lot with this medium... This is our tool and a lot of people appreciate good cinema and good characters. Everyone watches movies and it has a huge impact on people's life, and on society. I think there is no format better than cinema".

“Prem Ratan Dhan Payo” unfolds a new and royal chapter about love and family ties, painted on a 'larger than life' canvas with music and dance weaving a 'desi' fantastical story. The film also brings Salman together with Sooraj Barjatya after 16 years.

The film, which narrates the story of a Hindu man on a mission to take a young Pakistani girl, who is dumb, back to her country and chronicles the adventures and experiences he has during his road trip, was released in India and Pakistan in July this year.