If you are looking forward for nerve-racking with a pinch of emotional turmoil, then without-a-doubt 'Rocky Handsome' is what you need. 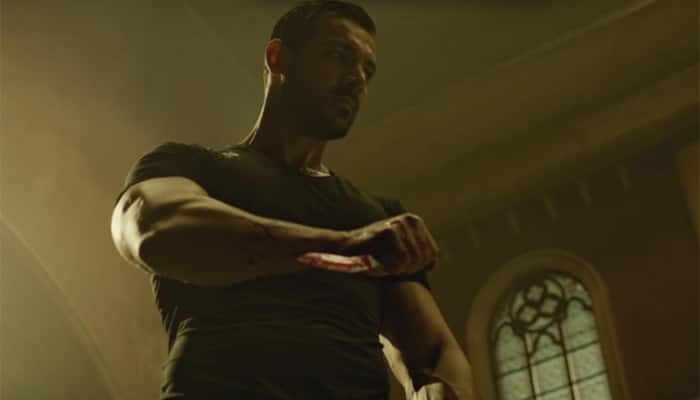 In an era where Bollywood is only eyeing multi-starrers and high-budget locations, sometimes the storyline of the film gets ignored. And, a good plot is something what Hindi movie lovers were missing since quite a while now. Coming as a surprise to cinema enthusiasts, Nishikant Kamat's 'Rocky Handsome' fills the void that some of the big releases created recently.

If you think that you have seen everything that John Abraham has to offer in the action genre, then you might be a bit wrong this time. By using minimal dialogues, the 43-year-old actor proves to be a success in making the audience sit on the edge of their seats throughout the film. The storyline turns out to be intense and dark from the beginning of 'Rocky Handsome'. But, what sets it apart from other contemporary action films is its direction and background score. Both of these things help the viewers to blend in the mood along with the plot twits and other major events which make 'Rocky Handsome' an emotional roller-coaster ride.

The film highlights dark side of Goa where the menace of drugs, child prostitution and organ smuggling is keeping the authorities on their toes. And, in an unusual tale of friendship, the handsome hunk (played by John) manages to challenge all the wrong that is bothering the city.

Action sequences in this film are brilliantly shot. In some scenes, the fights are so brutal you will start feeling that you are experiencing them in person. Don't even get us started on John's physique in the movie. He has surpassed the manliness quotient here by acing the art of body-building. Too much heat, like literally.

Shruti Haasan is barely there in the film. Her presence is observed only in a couple of songs and this is the reason why there is a huge disappointment in terms of chemistry between the lead duo. TV hottie Sharad Kelkar is pulling off a Singham in 'Rocky Handsome' and he comes out fairly decent in his role of an ANC officer.

Undoubtedly, Baby Diya Chalwad is the only saving grace among the supporting cast. It wouldn’t be wrong to say that she steals the thunder away from John in some scenes.

As far as the music is concerned, Bombay Rockers' 'Rock the Party' will definitely take you to a trip down the memory lane with some awesome moves by 'Bigg Boss' fame Nora Fatehi.

Director Nishikant Kamat was not at all a bad choice for the antagonist and he decently takes his character forward as per demand of the script. Not to forget his directorial brilliance that takes this gripping storyline up a notch.

If you are looking forward for nerve-racking with a pinch of emotional turmoil, then without-a-doubt 'Rocky Handsome' is what you need.

Yoga Poses That Will Help You Fight Depression