Singh Is Bliing movie review: Watch it for Akshay Kumar!

In one of the scenes, a tad bone-lazy (in the movie) Kay Kay Menon asks Akshay, kon hai tu? to which he responds, “Singh...Raftaar Singh,” in a similar fashion as Bond would introduce himself in a 007 flick. Well, our desi-version, or rather Punjab-da-munda Raftaar Singh, 'bliing's on his sardaar avatar with some of his trademark Punjabi pranks. But all that glitters is not gold. Hang on a second, by this, we don't mean SIB is redundant. No, it's not.

Prabhudheva is known for lacing his films with masala, naach-gana and masti – movies like 'Rowdy Rathore', 'Action Jackson' are a testimony to it. So, we know, even this time it is going to be a roller-coaster ride high on razzmatazz.

Akshay, on the other hand, had quite a good year so far with 'Baby', 'Brothers' and 'Gabbar is Back'. So, we all know that audience had high hopes from him for this one. Well, having highlighted the flaws of the flick...it's equally necessary to talk about some of the gems you would end up collecting from the treasure-box of this highly-powerful cast ensemble and a euphoric music score. 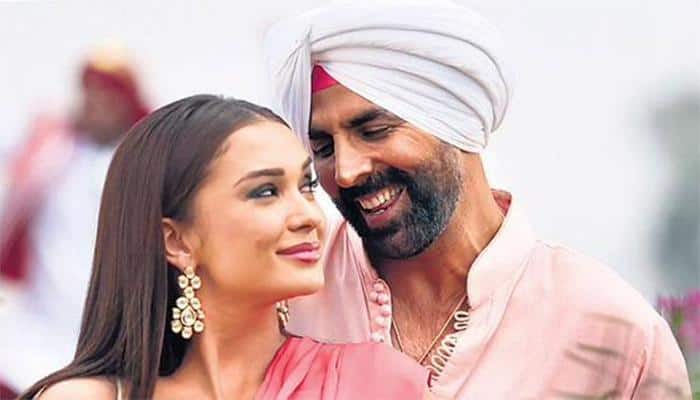 In a rollicking village of Bassi Pathan lives a good-for-nothing Raftaar Singh (Akshay Kumar), 'who leaves every task half finished', but wins the heart of village folks and friends. An irked father of Raftaar Singh asks him to either marry the village belle Sweety or go to Goa and work under his friend. Hopeless and dreaded by the recurrent images of Sweety chasing him with a varmala, Singh has no option but go to Goa.

Juxtaposed picturesquely, is the scenic view of Romania, where we are introduced to a drop-dead-gorgeous Sara (Amy Jackson) as the daughter of rich businessman Kripal (Kunal Kapoor) – riding  horses and throwing some crazy stunts and punches. Now this Kripal has an adversary Mark (Kay Kay Menon) – who has set off to marry Sara. Endangered and also driven by a particular personal factor, Sara leaves for Goa to be at her father's friend place, where she stumbles upon Singh.

Singh is entrusted to take care of Sara, who speaks only English. In order to understand her better, Singh hires a translator named 'Imly'...as in Emily (Lara Dutta). In the meanwhile, Singh starts developing love interest in Sara. However, it seems that our desi munda Raftaar is more enthralled by her chic accent and stunts than her femme fatale looks.

There are instances when you are completely clueless about what is happening. Lara Dutta's comeback (we do appreciate it, really...but...) it only manages to be a so-so. But she does look funny in her 'Ugly Betty'-sorta look.

The story that follows is a mixture of vivid landscapes, at times the lush fields of Punjab and of course, the colourful vagaries of Raftaar-Sara's budding love affair, apart from various other regular slapstick. The action sequences are pretty okay. Music, as expected, is top notch – especially if you are keen on loud and cheerful beats. Cinematography is promising because it switches beautifully between the greenery of Punjab, the lofty landscapes of Romania and the lively beaches of Goa. The flick never loses pace in the first half – however, in the second, it seems to dwindle a bit (saved only by a fun-filled last sequence).

Prabhudheva's SIB sure packs a punch for people looking for a great Punjabi tadka ride. But for those looking for essence and story, well, the long and short of it is, there's no story.