'Spectre' movie review: Not as spectacular as past Bond films

‘Spectre’ starts off on an inspiring and intriguing note with a visually exciting oeuvre. 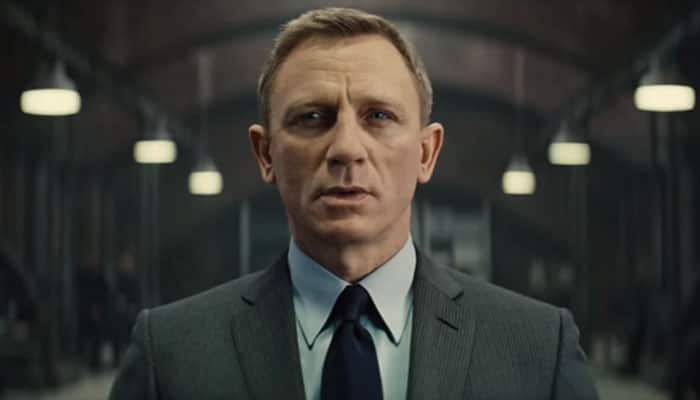 ‘Spectre’ starts off on an inspiring and intriguing note with a visually exciting oeuvre.

In Mexico City, on The Day of The Dead, while the carnival is in full swing, Agent James Bond (Daniel Craig) trails some criminals in a continuous tracking shot. He shoots them, blowing up the building they are holed up in and escapes the crumbling structure only to land up fighting the criminal inside the helicopter over the town square. This entire opening sequence is extremely thrilling and electrifying, but after that nothing measures up to it.

What follows is Bond hunting the organisation responsible for the deaths of those closest to him, namely the prior M (Judi Dench). His path leads him to the nefarious terrorist organisation, SPECTRE and its feared leader Franz Oberhauser who has his own personal agenda for causing Bond misery.

For a long time the narration cruises in holiday Bond mode, globetrotting between set pieces; from Mexico to London to Rome to Austria to Tangier in Morocco.

Daniel Craig, in his fourth James Bond avatar, is suave and stylized. But unfortunately, his quip-heavy, flippant killing machine and womanizer reputation seems forced and it shows in the awkward passionate scenes or in the prolonged action sequences.

Lea Seydoux as Madeleine Swan, James Bond's love interest, is pale in comparison to all the previous Bond girls. Their relationship is never as interesting or as properly developed as a Bond film should. Due to this, they lack onscreen chemistry.

Also, Christoph Waltz as the villain Franz Oberhauser lacks the persona of a menacing baddie. His character and his motivation seem more or less obligatory.

Director Sam Mendes maintains a heavy, gritty, operatic aesthetic, but brings camp elements and physical comedy back, resulting in tonal mismatch to the 24th Chapter of the James Bond Series, making it one of the dullest, least engaging and most perfunctory action films of the year.

The film is more of a romance thriller than an espionage film, with a bloated plot at a meandering pace, without any real or semblance of reasoning. The stakes speak about surveillance abuse, and feel too abstract and low key, or at least poorly expressed, to feel important.

The pacing is leisured. The film slows down for beautiful cinematography as characters take their time to breathe their complexities on screen.

The director, along with his cinematographer Hoyte Van Hoytema, ensure that the frames are atmospheric in nature. They have used close-ups for tragedy and long shots for comedy. And the panoramic shots are worth a mention.

Overall, ‘Spectre’ is a dazzling film, but it lacks the lustre and adrenaline rush of a 007 film from the bygone Cold War Era. The chutzpah and the aura are missing.