A chamber drama narrated in a non-linear manner. 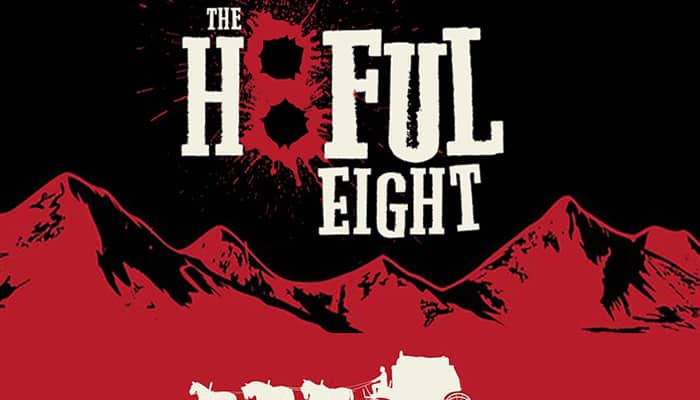 Quentin Tarantino has made enough films for us to reflect on his style. His latest film, "The Hateful Eight", is a skilfully crafted and well-executed film. It is certainly not his feeblest effort, but it is certainly far from his best.

Essentially, a chamber drama, designed in his typical chapter format and narrated in a non-linear manner, it is closer in structure to his debut film than any other film he has done.

Set in Wyoming just after the civil war, on a wintry day, bounty hunter, John Ruth (Kurt Russell) also known as the "Hangman" is on his way to the town of Red Rock, escorting a fugitive Daisy Domergue (Jennifer Jason Leigh) whom he intends seeing hanging from the rope. They are travelling in a six-horse stagecoach driven by OB (James Parks).

With their lives inter-linked, these eight men realise that "One of the fellows is not the person, he says, he is". Trust issues give rise to a bout of instigation and what follows is mayhem.

With a run time of two hours and 47 minutes, the journey is leisurely, as well as tedious. The first half sets the mood, which is generic and calm in nature, but it is in the second half, in which Tarantino's expected trademarks and stylistic flourishes appear with a bang, amidst a literal haze of blood, bullets and brains.

The violence is bloody and is as compelling as the mystery that surrounds the neo-noir characters, albeit under-developed. The performances, for the most part, are fantastic -- Jackson, as always, was born to deliver Tarantino's crisp and colourful profane dialogues and detailed monologues.

But it is Russell's one-liners that hit the mark. As John Ruth, he fits the bill perfectly but delivers in the same deadpan, grizzly fashion.

Jennifer Jason Leigh, as the female accused of murder, gets more to do in the second half, but for the first she's merely fodder for her male counterparts' consistently ruthless bashing. The rest of the cast are an extension of themselves, twisted as well as wasted.

Shot by his regular cinematographer Robert Richardson on a 70 mm format, the visuals are magnificent, but far from being realistic. The frames are dramatically atmospheric and, accompanied by Ennio Morricone's effectively pounding score, the viewing feels staged.

Also, the visuals of the snowclad terrain, the blizzard, with a stagecoach and bounty hunters give you a feeling of "seen it before" elements which fail to entice the viewers.

As a whole, the film is very well put together with every Tarantino trick, but unfortunately it lacks the magnetism to draw.