Luckily, we got a chance to watch the Hindi-dubbed version of this film which stars Irrfan Khan as Baloo, Priyanka Chopra as Kaa, Nana Patekar as Shere Khan, Om Puri as Bagheera, Shefali Shah as Raksha and Bugs Bhargava Krishna as King Louie. 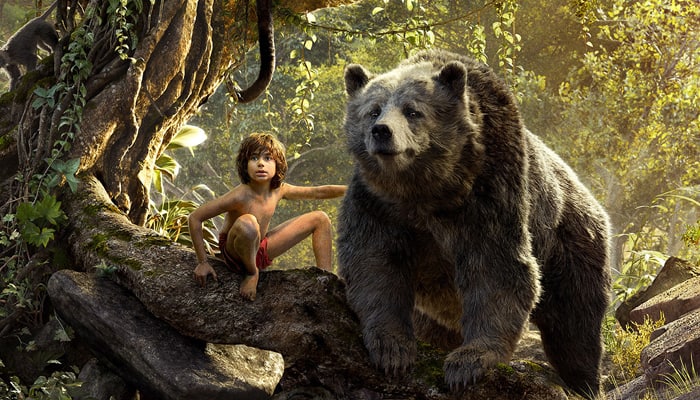 Well, if you are missing your childhood too much, filmmaker Jon Favreau is here to save your day!  The filmmaker has done a brilliant job in bringing Rudyard Kipling's most memorable work to the silver-screen. We aren’t exaggerating, but Neel Sethi starrer 'The Jungle Book' is loaded with everything what it takes for a film to become a blockbuster. It wouldn’t be wrong to say that the movie is powerful enough to take you back to our childhood.

Luckily, we got a chance to watch the Hindi-dubbed version of this film which stars Irrfan Khan as Baloo, Priyanka Chopra as Kaa, Nana Patekar as Shere Khan, Om Puri as Bagheera, Shefali Shah as Raksha and Bugs Bhargava Krishna as King Louie.

'The Jungle Book' starts with majestic jungle landscapes, tons of wild species and a human child (Mowgli), who is beating all the odds by surviving among the toughest creatures. The storyline is a bit predictable. But, hey, it only makes the flick interesting as now the characters get more space to open up because they need not define themselves unlike other movie franchises.

Mowgli is striving hard to gain animal excellence by living among the wild wolves. He is among the favourites of the animal community, and the jungle kid also hails the forest rules. Also, there are some powerful forces in the society who want a taste of his flesh. Sad, isn’t it?

It was amazing to see fully grown men and women, and not just the kids, laughing their hearts out as the story progressed. Amidst all the star-studded action, Irrfan's voice-over stole the thunder from everything else in the film. Yes, you read that right. Be it gigantic CGI effects or the protagonist himself, everything falls on the backseat whenever Baloo comes on-screen.

Shere Khan (Nana Patekar) is pretty impressive. There were scenes when you really felt his anger and aggression. Kaa (Priyanka Chopra) is just there in 'The Jungle Book' for a few minutes. Still, her role is seductive enough to hypnotise you with her charm. Other notable character in the film is King Louie. The giant monkey was just a treat for the eyes.

If we talk about the screenplay, 'The Jungle Book' is a finely crafted piece of art that will make you feel the emotions and feeling that Mowgli is going through. With usage of some brilliant dialogues and stunning special effects, you will find yourself lost in the middle of jungle (only, if your 3D glasses turn out to be functional).

Director Jon Favreau has successfully managed to portray animal emotions and make the audience connect with them. Mowgli's internal battle to find identity among foreign species will keep you looking for answers. Also, the movie reflects how humans are potentially capable of destroying natural habitat of animals. This is one of the major reasons why the wolfpack wants Mowgli to be raised as one of them and not the humans.

'The Jungle Book' is a visual masterpiece that will entice the audiences of all groups. If you are looking for a break from the modern film culture, then don’t waste a moment and grab tickets immediately!

Confirmed! Kabir Khan teaming up with Salman Khan for Eid 2017