The Legend Of Tarzan movie review: Light on adventure 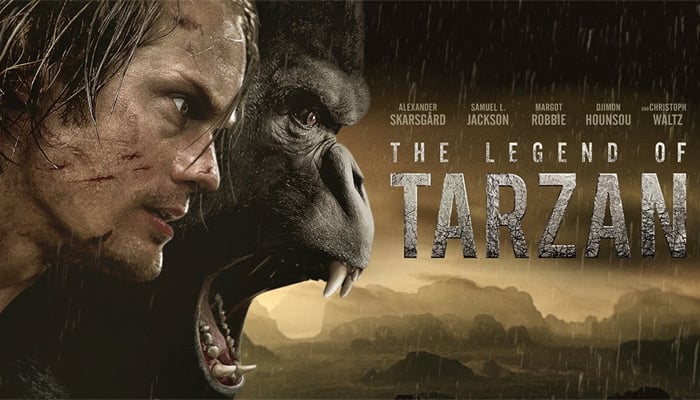 Director David Yates' "The Legend of Tarzan", has showcased the origin of Tarzan, wrapped in a tale of revenge and greed.

Here the director reinvents Edgar Rice Burroughs' classic character, from a monosyllabic wild man to a talkative sophisticated human being, who has spent his formative years in the jungle.

His approach of spinning Tarzan's story in a different direction like having him return home and to his animalistic ways is definitely revolutionary, but it is unconvincing. Simply because the story of Tarzan is so ingrained in the minds of the audience that it is difficult to erase.

In this version, Tarzan (Alexander Skarsgard) leads a normal life, as the aristocratic Lord John Clayton, Earl of Greystoke, living with his wife Jane (Margot Robbie), in London.

The script, written by Adam Cozad and Craig Brewer, borrows liberally from history and from certain real life characters. It begins with a verbose exposition informing us that the Congo Forest is ruled by the Belgian King Leopold II, who on the verge of bankruptcy has handed over the reins of the region to his Captain, Leon Rom (Christoph Waltz).

The plot begins with the corrupt and diamond greedy, Captain Leon making a deal with tribal Chieftain Mbongo (Djimon Hounsou), who is seeking Tarzan to avenge the death of his son.

A reluctant Tarzan, invited as the trade emissary, is coaxed by an American visitor, George Washington Williams (Samuel Jackson) to accept the invitation and he follows Tarzan. Apparently, Williams is investigating the slave trade and other abuses in the Belgian-held Congo region of 1890 Africa.

Feeling nostalgic about the jungle, Jane insists on accompanying Tarzan on the trip.

During their journey, Leon enslaves a tribe and captures Jane, in order to force Tarzan into surrendering. What follows is Tarzan's journey of rescuing Jane and leading a happy life.

But what actually gets you hooked is Tarzan's life in the jungle. His back story which includes his love story with Jane and his ever-changing relationship with his family of apes.

The plot narrated in a non-linear manner is not stimulating. The characters are well etched and the performances are fairly balanced. Alexander Skarsgard and Margot Robbie shine in their respective roles but their on-screen chemistry is far from perfect.

Christoph Waltz and Samuel Jackson do not offer anything exceptional.

Visually, it is the Congo terrain with the tribes and animals that makes for exciting viewing. Henry Braham's cinematography has a mix blend of good and bad visuals. Some of the frames, especially the ones that capture the landscape which include the waterfalls, are outstanding. The mist-filled thickets with poor lighting in tight close-ups, are an eyesore.

Also the computer generated images of the animals that complement the live action, especially the ostriches, the hippopotamuses, and the flight of the animals in the climactic scene which was extensively used in the trailers, are not up to the mark.

The action sequences too are loud, spectacular and cheesy, especially Tarzan and his friends' dash to the train. Also the famous vine-swinging scenes, performed in a perfunctory manner lack a certain punch.

Overall, "The Legend of Tarzan" is a poorly paced film that is light on adventure and far from becoming legendary.