A word of caution for all the Basu Chatterjee fans. This film is not a remake of what people saw in 1982 'Shaukeen'. Director Abhishek Sharma's 'The Shaukeens' happens to be a modern take on the classic 1982 comedy drama. 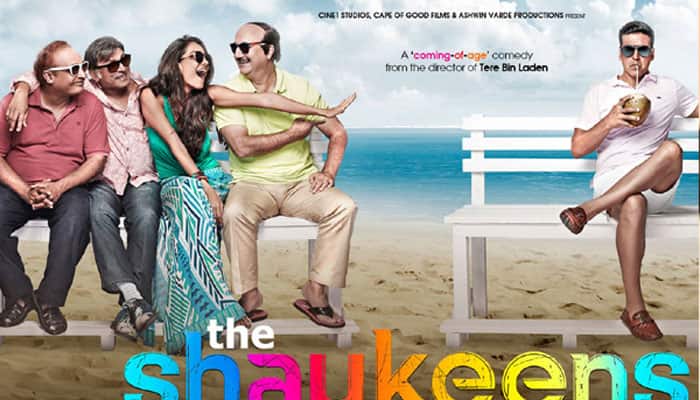 A word of caution for all the Basu Chatterjee fans. This film is not a remake of what people saw in the 1982 film 'Shaukeen'. Meet the generation next's oldies (who are as active and agile as any of the 'yo-bro' gang). Director Abhishek Sharma's 'The Shaukeens' happens to be a modern take on the classic 1982 comedy drama.

The film opens with a romantic number 'Meherbani' starring Akshay Kumar (as himself) and a foreign export Michelle. As soon as we get our eyes, ears and possibly all our senses to get immersed in the love-soaking song by Arijit Singh's smooth-sailing voice—the audience is left to wonder whether this is a comedy film or have we just been duped?

Well, actually the song ends in a quirky style, making you eat your words that very moment. The first sprinkle of laughter comes when we see Akshay colliding with a random woman, who takes off her long coat, only to show that she has a baby bump (and intentionally says, 'teri meherbani'). Cut to - the film poster of Akki, which goes by that name. 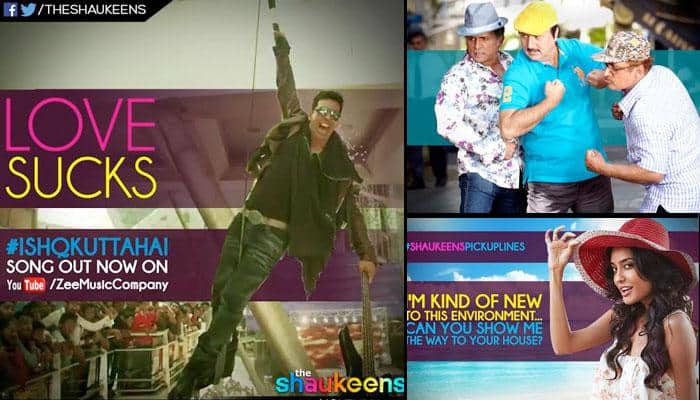 After preparing the viewers with this brief introduction of comic taste, the filmmaker very cleverly gets back to the actual plot of the movie. Akshay, the Bollywood star introduces each of the three main 'buddhas' (old lead actors), spare me from using this word (they are used to hearing this a lot many times in the movie).

Meet the new-age old papas—Anupam Kher, Annu Kapoor and Piyush Mishra. Set in the backdrop of Delhi, these three characters are pals for life, and interestingly you might actually find one of these on the roads (read ogling middle-age men on Delhi roads). A pat on filmmaker Abhishek Sharma's back for even thinking that such veterans could actually pull off these cult characters. In the 1982 original, the roles were played by Utpal Dutt, Ashok Kumar and AK Hangal respectively.

The hidden (lecherous, if I may call them) unfulfilled desires of these old men, and their strong will met with fruitless results to have fun with women—makes for a complete laugh riot. The screenplay by Tigmanshu Dhulia has been well adapted, keeping the present generation and their way of thinking in mind. The cinematography by Chaudhary Amalendu should also be mentioned for the presenting the beautiful landscape of Mauritius as the very essential part of the major film portions.

Annu Kapoor aka KD in the movie has ample scope of making us remember his character from 'Vicky Donor'. The heavy Punjabi accent, coupled with the flamboyance is just mind blowing. One could possibly never think that a serious actor like Piyush could ever play a man like 'Pinky' (yes his name is that).

Dynamic actor Anupam Kher as Laali, is equally impressive and hilarious while he tries to dye his last left strand of hair. There are umpteen instances in the movie, where you can't help but laugh out loud. The music by Yo Yo Honey Singh, Hard Kaur, Vikram Nagi and Arko Mukherjee is complimenting the naughty mood of the film.

Model-turned-actress Lisa Haydon looks like an absolute delight on screen. The best part—she can act. She was a perfect pick for playing Ahana Bhasin in this movie. Her heavy French accent doesn't put you off, rather makes her look more appealing.

Her love for actor Akshay Kumar, and how these three oldies (best buds in Delhi) get to Mauritius leading to the events that make their sojourn filled with laughter pills, is something which you must watch-out for. Although, Akki is in a special appearance in the movie, he has taken a dig at himself and made fun of his own movies. The actor has shown that Akshay Kumar is not called the 'Khiladi' Kumar for nothing. Point taken.

We can say that, the young will love it while the old will think about getting, 'Shaukeen' (pun intended)!