To Hrishikesh Mukherjee, with love: Sonam Kapoor on 'Khoobsurat'

Sonam Kapoor says her latest Bollywood release "Khoobsurat" is a tribute to the late iconic filmmaker Hrishikesh Mukherjee, who had helmed the original 1980 film which was titled "Khubsoorat". 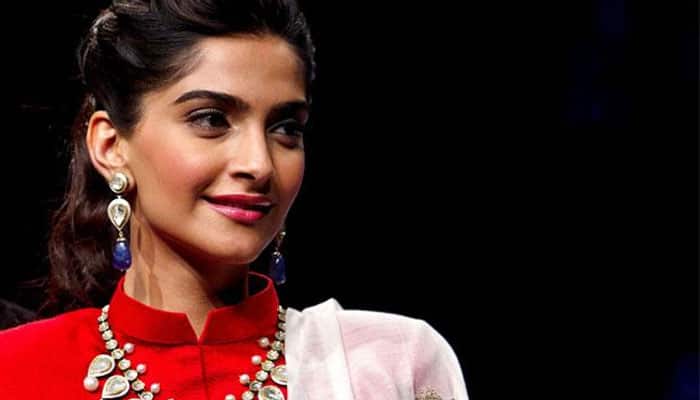 Mumbai:  Sonam Kapoor says her latest Bollywood release "Khoobsurat" is a tribute to the late iconic filmmaker Hrishikesh Mukherjee, who had helmed the original 1980 film which was titled "Khubsoorat".

"Our 'Khubsoorat' is dedicated to Hrishikesh Mukherjee, with love. Lots of it," Sonam said in an interview.

The film hit the screens Friday. Starring Pakistani sensation Fawad Khan as the male lead, the buzz for the movie was spread loud and wide.

Q. How does it feel to be the hero of "Khoobsurat"?

A. I don't feel I am the hero of the film. I think the producer, director and the writer are the heroes of every film. I can never take credit for a film's success. Likewise, please don't blame me if a film fails. A film is a team effort. All of us sink or swim together.

Q. Are you more protective of "Khoobsurat" because it's a home production?

A. Not really. Since "Khoobsurat" is a smaller film, we decided to go all-out for it. If you are selling a product, you must let the consumer believe that you completely believe in the product. That is why we are doing aggressive marketing.

Q. Do you think if Hrishida were alive and he saw your "Khoobsurat", he would be happy?

A. I'd be very nervous if Hrishida saw our "Khoobsurat". It is an ode to him. It's like writing a fan letter to someone whom you truly admire. We named the film after his film. We named my character Mili after another film of Hrishida. And my screen-mom Kirron Kher is named Manju after Rekha's character in the original "Khubsoorat".

Q. Why did you feel the need to remake a Hrishikesh Mukherjee film?

A. We essentially felt a lacuna in the entertainment being provided by our film. That space of innocent laughter that Hrishida's film once occupied is now vacant. Where are those simple happy films like "Guddi" and "Jhooth Bole Kauva Kaate" that Hrishida made? We wanted to revive the cinema that makes you smile, makes you laugh, makes you love and makes you believe in all the good things in life.

Q. Do you believe that such a world still exists?

A. Of course it does! We hope to bring back the kind of positive energy that Hrishida brought to Indian cinema. Our "Khoobsurat" is dedicated to Hrishikesh Mukherjee, with love. Lots of it. It's meant to make the audience happy.

Q. What is the immediate future plan?

A. I start shooting again for "Prem Ratan Dhan Payo" from Sep 21, and my sister Rhea immediately starts another film.

Check out: Motion poster of Akshay Kumar starrer 'The Shaukeens'