Udta Punjab movie review: Fracas was worth it, war on drugs galloped on Shahid-Alia's shoulders! 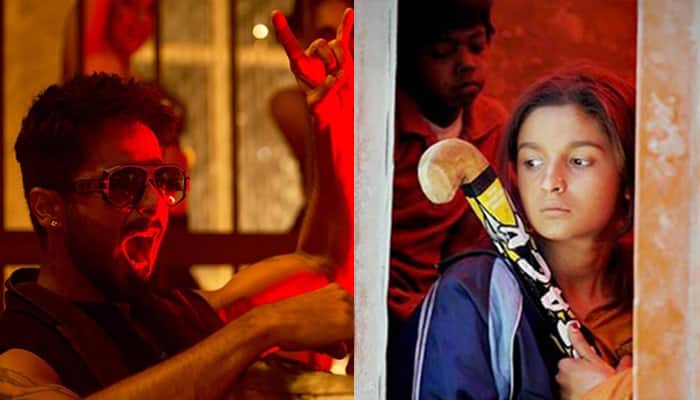 'Udta Punjab' reverberates in the finest combination of a superb Bollywood team of best cast, producers and crew that managed to dish out a film portraying the dingy reality of current times on the silver screens. Even with the 'cream team', it couldn't be spared from controversies and allegations resulting the film to be marred and scrutinised much before its release.

Nevertheless, 'Udta Punjab' roared at the silver screens and was opened to full theatres, making it the real win.

Produced by Ekta Kapoor, Anurag Kahsyap and Vikramaditya Motwane, 'Udta Punjab' unfolded with immense confidence and dragged the drug menace out by its collar.

Shahid Kapoor as a drug addict and accidental pop-star on-screen, stole the show with his acting prowess and character adaptation. Abhishek Chaubey's directorial showcased the versatility of Shahid, setting him apart in a frenzy, that the talented actor did full justice to. Complementing Shahid impeccably, Alia Bhatt's theatrics will give you shockers and leave you sitting with your jaw dropped, proving why she is the best choice for 'Udta Punjab'.

The timid and sophisticated--Alia broke all shackles of her comfort zone and flaunted her tremendous potential.

The drop, sadly was Kareena Kapoor Khan, as she failed to infuse her character with the required grip and intensity. Only to overshadow and overrule it, Diljit Dosanjh, popular Punjabi singer who debuted with 'Udta Punjab' did a commendable job, bridging the movie from end to end.

A story this intense, a reality so appalling was beautifully cast upon the mind of audiences, transporting them to the land of drugs.

One of the most fertile and celebrated agricultural land of Punjab, was shown how it is stricken with the drug menace so deep that generations together have been hammered down to dust.

The future leaders of tomorrow, adolescents so fine are tripping away into oblivion only to rot and end themselves along with their families.

Not to miss the unbiased showcase of political indulgence that helps the drug dealers to intoxicate the country, which is shown without a bend.

The plot has not been beaten around the bush, rather has uncovered the dingy holes where the future is lying dead. A sincere effort--'Udta Punjab' flew pretty darn well meandering through obstacles and shouting out loud why it should not be withheld or bleached.

The war with drugs, could have been a little stronger with its punch, to uncover the undercover.

'Udta Punjab' lay bare the peril so monstrous, for all to ponder upon and open their half shut eyes and kick drugs' butt.

Lead performances will give you goosebumps and keep you wanting for more, only to complement further, supporting actor Satish Kaushik has yet again proved his talent through his on-screen character.

'Udta Punjab' is not hypothetical, fiction or a far sighted imagination, it is the root of our society that is flaring up and blazing into flames to kill itself and the surroundings with large diameters. Instead of being the pigeon with shut eyes thinking the cat won't eat him, time calls for a roaring unison to recognise and burn down to earth, the 'rotten future' gifted by drugs.

In the dominant bubble of commercial subjects, the makers of 'Udta Punjab' dare to touch the controversial subject only to fight with it, for it and release the reality!

'Udta Punjab' flew high, have you taken the flight yet?