Nicki Minaj performed at a concert despite protests from the Human Rights Foundation. 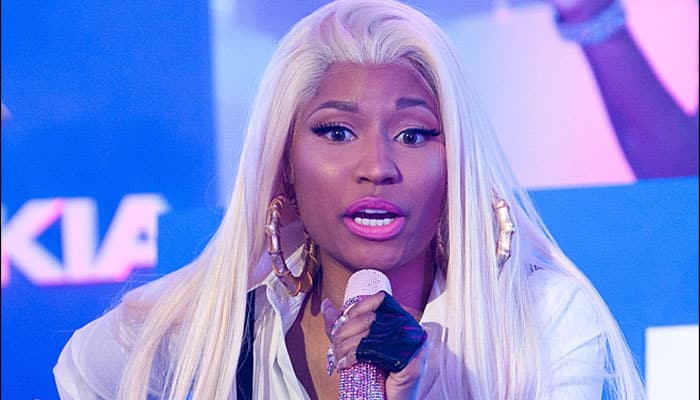 Luanda: Rapper Nicki Minaj performed at a concert here despite protests from the Human Rights Foundation which asked her to cancel the event due to the country's "corruption and human rights violations".

The 'Anaconda' hitmaker was to perform at a show at a phone company named Unitel Boas Festas on December 19 in Luanda, the capital of Angola.

Under Jose Eduardo dos Santos' government, the country has been accused of violating the basic rights of journalists, activists and others who speak out against government oppression and intimidation, reports aceshowbiz.com.

Earlier this month, Thor Halvorssen, head of the Human Rights Foundation (HRF), penned an e-letter to the rapper, saying: "As a strong-willed independent artist, shouldn't you be advocating for the release of the imprisoned rapper Luaty Beirao rather than entertaining the dictator and his thieving family?"

Minaj ignored the plea and entertained thousands of fans at the event, sponsored by Unitel.

The phone company is part-owned by the daughter of dos Santos, Isabel. She was named as one of 15 symbols of grand corruption worldwide by NGO Transparency International earlier this year.

However, two days after the accusation about Minaj's concert, Isabel's company Fidequity said the show was funded by an independent company, not the public.

Minaj threw oil in the fire, posing with Isabel before she took the stage.

"She's just the eighth richest woman in the world. (At least that's what I was told by someone b4 we took this photo) Lol. Yikes! GIRL POWER! This motivates me soooooooooo much!" Minaj captioned the Instagram image.