Akshay Kumar in Rajinikanth’s ‘2.0’ – Know more about his character in the film

On Wednesday, photographs of Akshay Kumar's scientist avatar were leaked online, much to the astonishment of the makers. 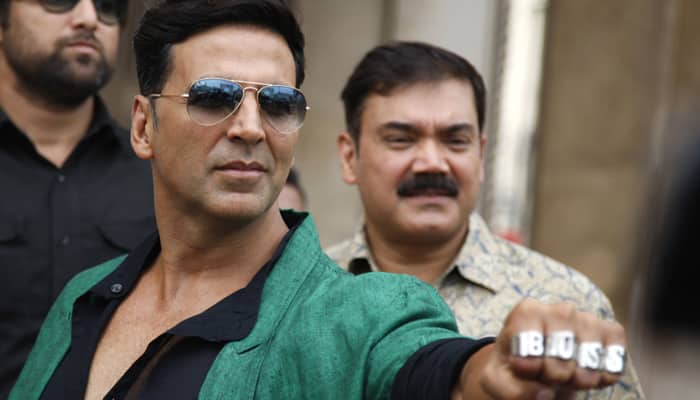 New Delhi: Bollywood superstar Akshay Kumar, who is making his Tamil cinema debut with Rajinikanth-starrer sci-fi action-thriller ‘2.0’, will be seen playing an eccentric scientist in the film, which is currently on the floors here.

"Akshay plays scientist Richard who, after an experiment goes wrong, turns crazy and loses his appearance. Akshay has undergone complete makeover for his role," a source from the film's unit said.

On Wednesday, photographs of Akshay's scientist avatar were leaked online, much to the astonishment of the makers.

The image was snapped at the Jawaharlal Nehru Stadium in New Delhi, where the makers are currently shooting an important football sequence.

"The Delhi schedule will be wrapped up in the next two weeks. The team will next head to Morocco for another long schedule and will shoot important portions of the film," the source added.

Rajinikanth is yet to join the Delhi schedule.

"He's expected to join the sets from March 30. Akshay has major portion to be shot in the Delhi schedule," the source said.