Actress Sunaina, who plays an important role in forthcoming Tamil actioner "Theri", says life has come full circle with the opportunity to share screen space with superstar Vijay, who had launched the audio of her debut Tamil film. 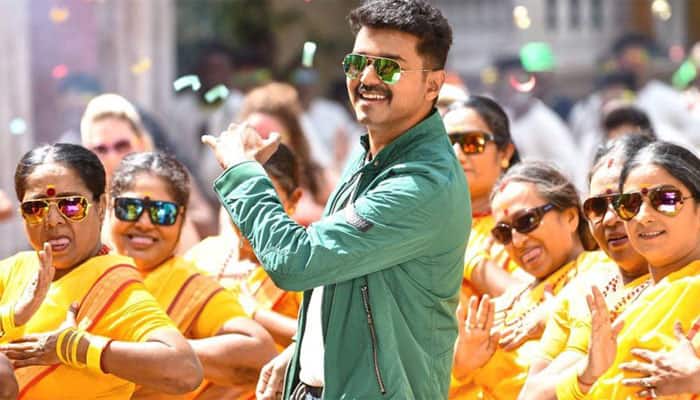 Chennai: Actress Sunaina, who plays an important role in forthcoming Tamil actioner "Theri", says life has come full circle with the opportunity to share screen space with superstar Vijay, who had launched the audio of her debut Tamil film.

"I play a fun role in 'Theri', but I don't like to talk about it much. It was nice working with Vijay sir, and it was special because he launched the audio of my first Tamil film 'Kadhalil Vizhunthen', so it felt like completing a cycle," Sunaina told IANS.

About the experience of working with Vijay, she said: "He's very humble and friendly. It was on the sets of 'Theri' that I spoke to him for the first time. He told me that he knows that I'm a good dancer, and it felt good coming from a star."

Sunaina also has Tamil romantic-comedy "Kavalai Vendam" in her kitty, besides a Telugu project.

"Nearly 60 percent of 'Kavali Vendam' is done. I'm paired with Jiiva, and I play a girl madly in love with him. The film is about different phases people in relationship go through. It's a story everybody can easily relate to," she said.

Although Sunaina started her cinematic career in Telugu filmdom, she couldn't capitalise on the start.

"Since I got busy with Tamil films, I couldn't pursue a career in Telugu industry. So it's not like I'm making a comeback with this new Telugu project, because I never left. I just had to prioritise my career as I had my hands full in Tamil," she said.

Having earned some reputation with films such as "Maasilamani" and "Neerparvai", Sunaina has successfully clocked a decade in the industry.

"I started quite young, and I was clueless and scared. Even though I had a lot of theatre experience, things were a lot of different in cinema. I wasn't comfortable for the first few years and it was only after my first Kannada project, I started liking what I was doing," she said, adding that she has learnt to not impress anybody.

"I've learnt to be myself. In this industry, people waste so much of time trying to make others like them. I absolutely find that silly, because as an actor you're always living someone else's life on screen, so what's the point of trying to me someone else in real life, too," she asked.