A considerably long stretch of the Great Wall of China has disappeared due to natural erosion and unchecked human activity in the absence of preservation measures, says a report in Beijing Times. 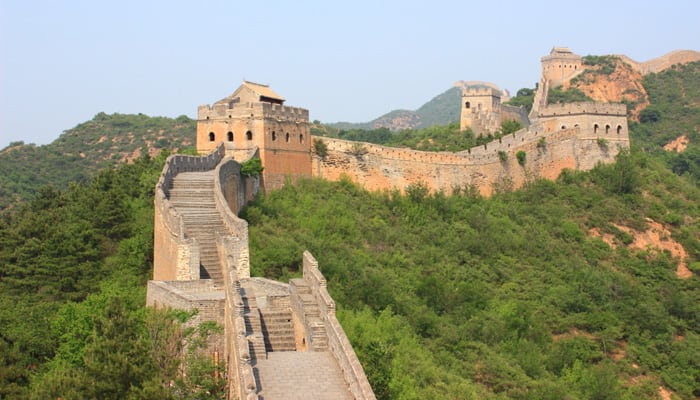 Beijing: A considerably long stretch of the Great Wall of China has disappeared due to natural erosion and unchecked human activity in the absence of preservation measures, says a report in Beijing Times.

The report on Sunday, citing a survey last year by the Great Wall of China Society, said nearly one-third of the Wall has given way as rains led to the erosion of ramparts and the wall. Trees and grass growing in the cracks of the wall have also increased the risks of collapse.

Meanwhile, human destruction, illegal trade or the practice of stealing bricks from the Great Wall have threatened the conservation of this Unesco world heritage.

Villagers living near the wall are also reportedly selling the special bricks used on the Great Wall that have carved Chinese characters.

An increasing number of tourists who explore parts of the Great Wall that have not been repaired have also led to its destruction.

Some local governments only protect and repair a short section of the Great Wall - the part that attracts most visitors - and brings economic benefits, the report said.

But a major part of the Great Wall, in areas that have not been turned into tourist spots, are in a derelict condition.

Dong Yaohui, vice chairman of the China Great Wall Society, was reported as saying that the Great Wall was an architectural marvel and a major world cultural heritage, and hence the repair and protection work should be extended to encompass the entire Great Wall, rather than only a section of it.

Tags:
Great Wall of ChinaMing DynastyWonders of the world
Next
Story