2016 surpasses 2015 as hottest year on record globally in 137 years: US government report

Global surface temperature was also the highest on record. 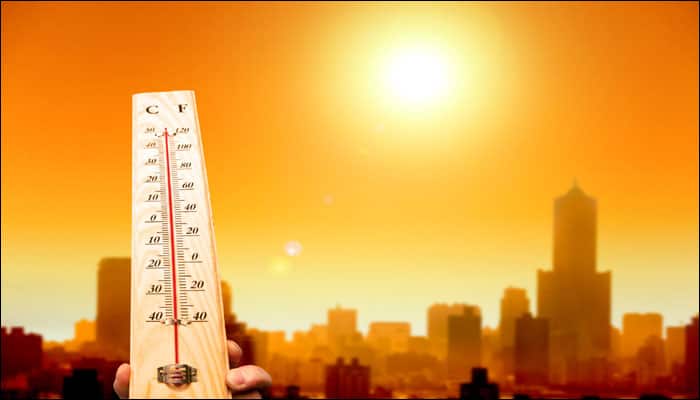 New Delhi: The phenomenon of climate change is making its magnanimous presence felt in a larger way, every day, every month.

Loss of biodiversity, degrading ecosystem, ocean warming and the melting of ice sheets has the world's biggest nations pondering over effective ways to curb the phenomenon.

In January 2017, independent analyses by American space agency NASA and the National Oceanic and Atmospheric Administration (NOAA) declared that Earth’s 2016 surface temperatures were the warmest since modern record-keeping began in 1880.

Now, confirming this disturbing statistic, a US government report has said that 2016 topped 2015 as the hottest year globally in 137 years of record keeping.

"Most indicators of climate change (in 2016) continued to follow trends of a warming world," the US National Oceanic and Atmospheric Administration (NOAA) said on Thursday.

"Several, including land and ocean temperatures, sea level and greenhouse gas concentrations in the atmosphere broke records set just one year prior," it said.

The State of the Climate report, a sort of annual check-up for the planet, was compiled by NOAA researchers and had contributions from over 450 scientists from nearly 60 countries.

According to the report, the 2016 average global carbon dioxide concentration was 402.9 parts per million (ppm), an increase of 3.5 ppm compared with 2015 and the largest annual increase observed in the 58-year record, it said.

Global surface temperature was also the highest on record.

"Aided in part by the strong El Nino early in the year, the 2016 combined global land and ocean surface temperature was record-high for a third consecutive year," it said.

In addition, the global average sea level rose to a new record high in 2016, and, according to the new report, was about 3.25 inches (82 mm) higher than that observed in 1993, when satellite record-keeping for sea level began.