Freaky-looking insect has creeped out the internet – Watch video

The video was posted by a user on Facebook and has sent social media platforms into a tizzy. 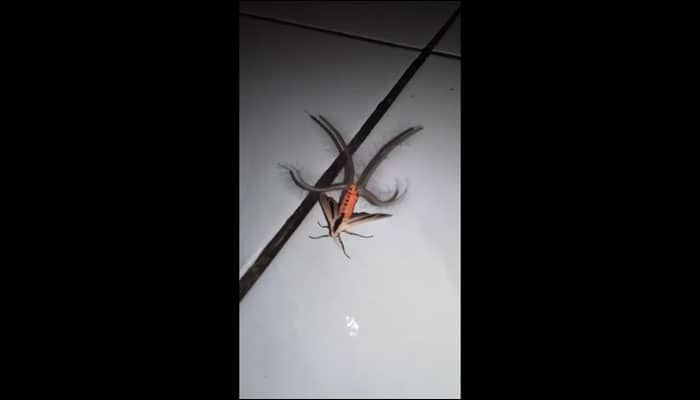 New Delhi: Creepy crawlies are known to cause jitters to many people across the world and the cyber space is terrorised after coming across a video of a terrifying moth-like insect with 'tentacles' for legs.

The video was posted by a user on Facebook and has sent social media platforms into a tizzy.

According to Fox News, the creature is a Creatonotos gangis moth, a species of arctiine moth found in southeast Asia and Australia.

Locally, the creature is said to live in parts of Western Australia, the Northern Territory and Queensland.

The insect's tentacle-like legs have become a major talking-point, however, the report says it has a purpose.

Known as coremata, (or hair-pencils) they are scent organs used to produce pheromones to attract a mate.

With a wingspan of about four centimetres, the males have four eversible coremata at the tip of the abdomen which emit pheromones, each when inflated is longer than the abdomen.

The video received bewildered, some extremely stunned reactions from users across Facebook. While some compared it to an alien, one user commented saying, “I would literally burn the house down if I saw this.”