"Governments challenged the IPCC to take the first ever comprehensive look at the whole land-climate system. We did this through many contributions from experts and governments worldwide," said IPCC Chair Hoesung Lee. 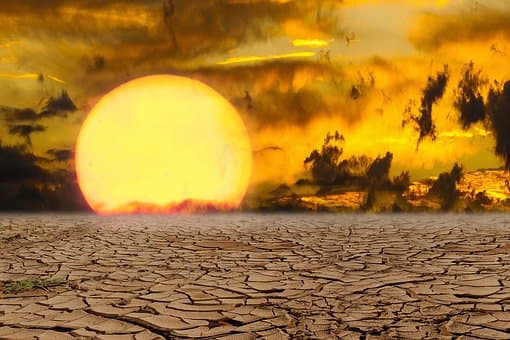 New Delhi: Land is already under growing human pressure and climate change is adding to these pressures. At the same time, keeping global warming to well below 2 degrees Celsius can be achieved only by reducing greenhouse gas emissions from all sectors, including land and food, the Intergovernmental Panel on Climate Change (IPCC) said in its latest report on Thursday.

The IPCC, the world body for assessing the state of scientific knowledge related to climate change, its impacts and potential future risks and possible response options, saw the Summary for Policymakers of the Special Report on Climate Change and Land approved by the world's governments on Wednesday in Geneva, Switzerland.

It will be a key scientific input into forthcoming climate and environment negotiations such as the Conference of the Parties of the UN Convention to Combat Desertification (COP14) in New Delhi in September and the UN Framework Convention on Climate Change Conference (COP25) in Santiago in Chile in December.

"Governments challenged the IPCC to take the first ever comprehensive look at the whole land-climate system. We did this through many contributions from experts and governments worldwide," said IPCC Chair Hoesung Lee.

"This is the first time in IPCC report history that a majority of authors -- 53 per cent -- are from developing countries."

This report shows that better land management can contribute to tackling climate change, but it is not the only solution.

Reducing greenhouse gas emissions from all sectors is essential if global warming is to be kept to well below 2 degrees Celsius, if not 1.5 degrees.

In 2015, governments backed the Paris Agreement goal of strengthening the global response to climate change by holding the increase in the global average temperature to well below 2 degrees Celsius above pre-industrial levels and to pursue efforts to limit the increase to 1.5 degrees.

Land must remain productive to maintain food security as the population increases and the negative impacts of climate change on vegetation increase. This means there are limits to the contribution of land to addressing climate change, for instance through the cultivation of energy crops and afforestation.

It also takes time for trees and soils to store carbon effectively. Land is a critical resource, says the IPCC report.

"Agriculture, forestry and other types of land use account for 23 per cent of human greenhouse gas emissions. At the same time, natural land processes absorb carbon dioxide equivalent to almost a third of carbon dioxide emissions from fossil fuels and industry," he said.

"Land already in use could feed the world in a changing climate and provide biomass for renewable energy, but early, far-reaching action across several areas is required," said Hans-Otto Portner, Co-Chair of IPCC Working Group II.

The report shows how managing land resources sustainably can help address climate change, and is beneficial for the conservation and restoration of ecosystems and biodiversity, he said.

According to the report, when land is degraded, it becomes less productive, restricting what can be grown and reducing the soil's ability to absorb carbon. This exacerbates climate change, while climate change in turn exacerbates land degradation in many different ways.

"The choices we make about sustainable land management can help reduce and in some cases reverse these adverse impacts," said Kiyoto Tanabe, Co-Chair of the Task Force on National Greenhouse Gas Inventories.

It highlights that climate change is affecting all four pillars of food security: availability (yield and production), access (prices and ability to obtain food), utilization (nutrition and cooking), and stability (disruptions to availability).

"It is crazy that malnourishment is a problem even for over-consumers in rich countries, often through lack of fruit and vegetables and over consumption of meat, while people in poor countries continue to suffer from a lack of available food."

This report is a clarion call for the need to manage land better for people, nature and the climate, Kramer added.

Matt Lee-Ashley, senior fellow and senior director of Environmental Strategy and Communications at the Center for American Progress, said the report underscored the need for a far more ambitious conservation agenda in the US.

"Protecting 30 per cent of US lands and oceans by 2030, as recommended by scientists, would not only safeguard America's drinking water supplies and wildlife, but also reduce carbon pollution and protect communities from the impacts of climate change."

Deaths due to air pollution highest in Rajasthan: Experts