Calling the Paris Agreement on Climate Change as 'one sided', Trump promised to make big decision on the deal. 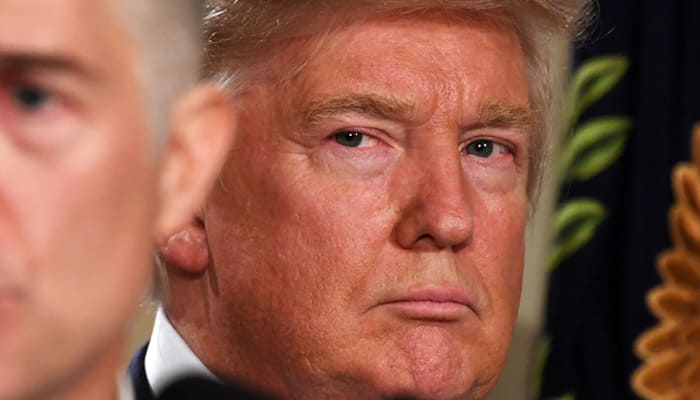 New Delhi: President Donald Trump has said India, Russia and China are contributing “nothing” to the Paris climate deal, adding that the US is being unfairly targeted by asking to pay money.

Calling the Paris Agreement on Climate Change as 'one sided', Trump promised to make big decision on the deal.

"I will be making a big decision on the Paris accord over the next two weeks and we will see what happens," he said in his speech to mark the first 100 days of his presidency in Pennsylvania, a state that helped tip the election in his favor.

"...Like the one-sided Paris climate accord. Where the US pays billions of dollars (for the Paris Climate Accord) while China, Russia, and India have contributed (to pollution) and will contribute nothing," Trump alleged as the audience booed to the Paris Agreement.

The Paris climate deal within the UN Framework Convention on Climate Change was signed in 2015 by 194 countries and ratified by 143. It aims to hold the increase in average global temperature to below 2 degrees above pre-industrial level by reducing greenhouse gas emissions.

Trump claimed that it is estimated that for compliance with the agreement could ultimately shrink America's GDP by $2.5 trillion over a 10-year period, PTI reported.

“That means factories and plants closing all over our country,” he said and alleged that the Washington’s “dishonest” media would not report because it is part of the problem. “Their priorities are not my priorities, and they are not your priorities, believe me,” he said.

“They are all part of a broken system that has profited from this global theft and plunder of American wealth at the expense of the American worker. We are not going to let other countries take advantage of us anymore because, from now on, it is going to be America first,” Trump added.

Meanwhile, a sea of protesters swarmed in front of the White House on Saturday to voice displeasure with Trump`s stance on the environment and demand that he rethink plans to reverse the climate change policies backed by his predecessor, Democrat Barack Obama.

Lakhs of Delhi vehicles plying without pollution under control certificates