Large vertebrates – or animals with a backbone – are often fished, hunted, trapped, poached or killed as unintentional bycatch. 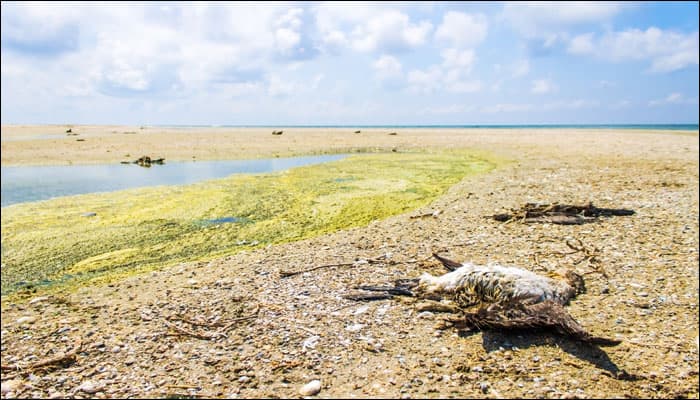 New Delhi: Habitat loss due to climate change, poaching, trophy hunting and other illegal practices have created a tormenting environment for animals around the world.

The magnitude of the impact is so extensive that the animals are disappearing at a fast rate and gradually inching toward extinction.

While animals of all sizes face the threat of extinction, researchers have said that the biggest and smallest animals are at greater risk and the disappearance of those species may trigger vast consequences for the planet.

For big creatures – including whale sharks, Atlantic sturgeon, Somali ostriches, Chinese giant salamanders and Komodo dragons – people are the top threat to their survival, said the study in the Proceedings of the National Academy of Sciences, a peer-reviewed US journal.

Large vertebrates – or animals with a backbone – are often fished, hunted, trapped, poached or killed as unintentional bycatch.

"Many of the larger species are being killed and consumed by humans," said lead author William Ripple, a distinguished professor of ecology at Oregon State University.

"About 90 percent of all threatened species larger than 2.2 pounds (1 kilogram) in size are being threatened by harvesting," he said.

Meanwhile, threats to the smallest animals – those weighing less than about three ounces (77 grams) – are also quite high, mainly due to loss of habitat.

Some of the most vulnerable little ones include the Clarke's banana frog, sapphire-bellied hummingbird, gray gecko, hog-nosed bat and the waterfall climbing cave fish, said the report.

Losing the largest and smallest species can affect entire ecosystems.

Unless things change, human-driven activities will eliminate big and small creatures in such a way that "fundamentally reorder(s) the structure of life on our planet," said the report.

Knowing which creatures are at risk can help focus conservation efforts, researchers said.

The study was based on an examination of more than 27,000 vertebrate animal species assessed by the International Union for Conservation of Nature's Red List.