Citing the shattering of temperature records in New Delhi, UN Secretary-General Antonio Guterres has said the world is in "the race of our lives and for our lives" to avoid a climate change catastrophe. 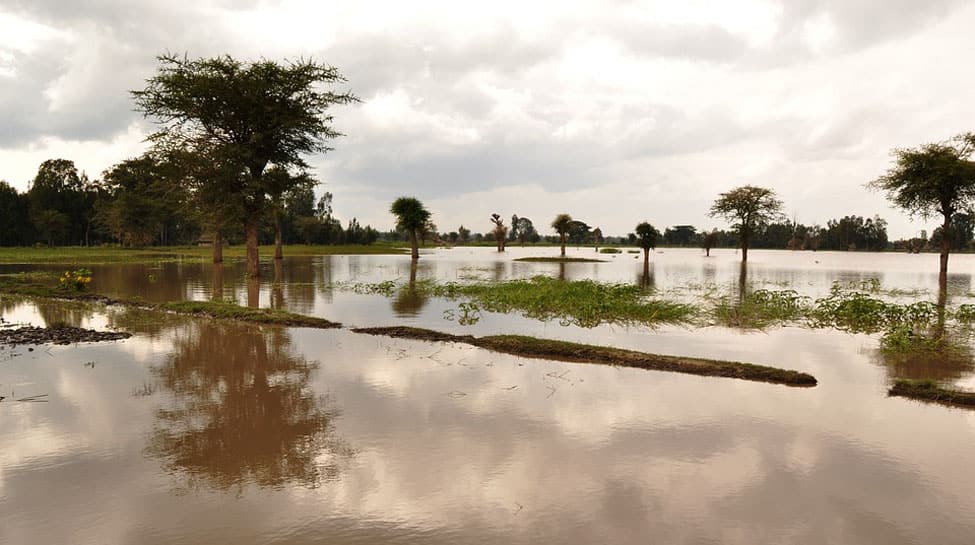 United Nations: Citing the shattering of temperature records in New Delhi, UN Secretary-General Antonio Guterres has said the world is in "the race of our lives and for our lives" to avoid a climate change catastrophe.

"If we do not take action on climate change now, these extreme weather events are just the tip of the iceberg," he said on Thursday at a news briefing. "And that iceberg is also rapidly melting."

According to the World Meteorological Organisation, New Delhi broke the July heat record with 48 degrees Centigrade and the month "has re-written climate history books as record heatwaves have been seen across the globe". Record temperatures were recorded in several places around the world.

Guterres said: "July at least equalled if not surpassed the hottest month in recorded history. This follows the hottest June ever. "All of this means we are on track for the period from 2015 to 2019 to be the five hottest years.

"Preventing irreversible climate disruption is the race of our lives and for our lives. It is a race we can, and must, win."

For this, the Secretary-General said he was convening the Climate Action Summit, in which Indian Prime Minister Narendra Modi is expected to participate.

Guterres said that he had told the leaders from governments, businesses and civil society not to come with "beautiful speeches", but with concrete plans to enhance nationally determined contributions to reducing carbon emission by 2020 and strategies for carbon neutrality - removing an equivalent amount of carbon dioxide for any emitted - by 2050.

Guterres said: "The world's leading scientists tell us we must limit temperature increases to 1.5 degrees Centigrade if we are to avoid the worst impacts of climate change. We need to cut greenhouse emissions by 45 per cent by 2030. We need carbon neutrality by 2050. "However, he also said there were optimistic developments in battling climate change.

Because of technological developments, solar and onshore wind are now the cheapest sources of new power in virtually all major economies, he said. Businesses are also taking the lead in dealing with climate change, he said.

"Leading businesses around the world are also recognizing that moving early from the grey to the green economy will deliver competitive advantages, while delaying will lead to huge losses."

Businesses with a combined value of more than $1.3 trillion are on board with the UN Global Compact to limit global temperature rise to 1.5 degrees Centigrade, Guterres added.

India, UK to launch coalition for disaster-proof infra at UN