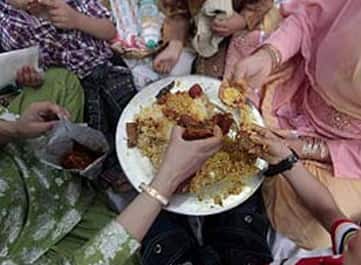 If you remember your last restaurant visit and compare that with overall statistics of food wastage in India alone, you would want to go back and lick your plate clean – and may be even the utensils, the food was served in. It is unfortunate in the extreme that despite a whopping 29.8 per cent of population living below poverty line, India ends up wasting tones of wheat every year.

In fact, if London-based Institution of Mechanical Researchers (IME) report “Global food waste not, want not” is to be believed, India wastes a quantity of wheat equivalent to the entire production of Australia every year. Further, about 21 million tonnes of wheat in India perishes every year due to lack of inadequate storage and distribution. Comparatively, the loss in Pakistan is as much as six time lower than in India.

To stem the tremendous loss of wheat in India, the Institute recommends that the developed nations should transfer their engineering knowledge, design know-how, and suitable technology to developing countries. The developing countries should incorporate waste minimisation.

The issue of food wastage has been raised in yet another report by the Food Corporation of India (FCI) which reveals that India lost 79,429.82 million tonnes of wheat since 2009 (as on February 2013) i.e. 9 per cent of the total crop produced.

FCI’s inefficiency hasn’t escaped the attention of global agencies like the World Bank. Lamenting the procurement policy as the main culprit for the damage of food grains, the World Bank said, “The FCI’s inefficiencies not only lead to high losses of the grains it handles, they also drive up the costs of food handling. Comparisons show that the FCI’s handling and storage costs are significantly higher than those of the private sector. The increase in procurement has led to a significant increase in the fiscal costs of the system,”

Dr Saxena at NAC suggests a change of approach to improve the crop management system in India.

“To curb down the wastage of food grains, it is important to establish better contact between the farmer and the consumers,” he adds.