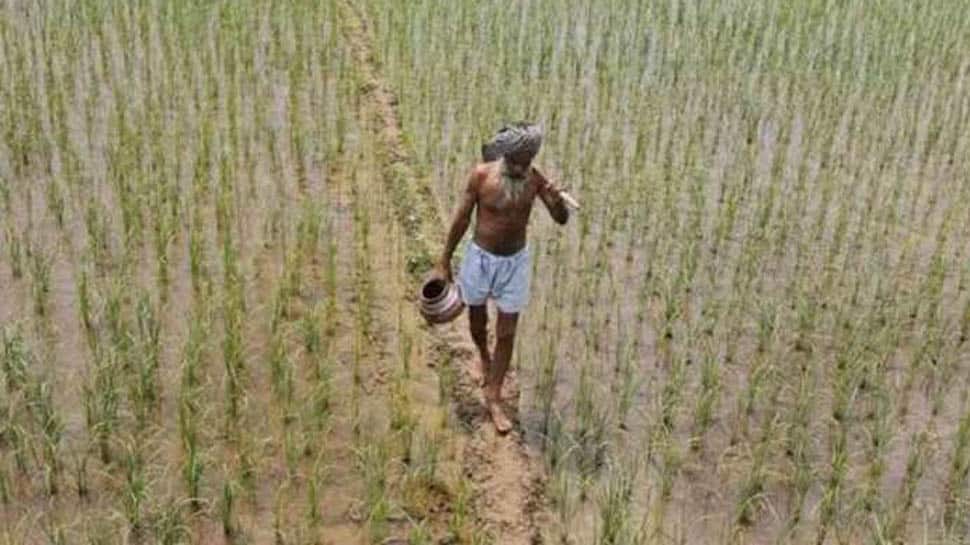 New Delhi: In the first Cabinet meeting, the government on Friday decided to extend PM-KISAN scheme to all 14.5 crore farmers in the country costing Rs 87,000 crore a year and also announced over Rs 10,000 crore pension scheme for 5 crore farmers, thereby fulfilling the BJP's poll promise.

"The Union Cabinet has approved to extend the ambit of the scheme by including all land holding eligible farmer families under the scheme, subject to the prevalent exclusion criteria," Tomar told reporters after the meeting.

The Rs 75,000-crore Pradhan Mantri Kisan Samman Siddhi (PMKSS) was announced in the interim Budget under which the government decided to provide Rs 6,000 per year (in three equal instalments) to an estimated 12.5 crore small and marginal farmers holding land up to 2 hectares.

"Now, the revised scheme envisages to cover around 2 crore more farmers increasing the coverage of the PM-KISAN to around 14.5 crore beneficiaries," the minister said. He said the total burden on the exchequer will increase by Rs 12,000 crore to Rs 87,217.50 crore for the year 2019-20.

In another major decision, Tomar said the Cabinet also approved the Pradhan Mantri Kisan Pension Yojana under which small and marginal farmers will get a minimum fixed pension of Rs 3,000 per month on attaining the age of 60 years.

"In the initial phase, the government will cover minimum 5 crore small and marginal farmers in the first three years," he said, adding that this would cost Rs 10,774.5 crore per annum to the exchequer.

This scheme is a voluntary and contributory pension scheme for small and marginal farmers across the country, with the entry age of 18-40 years, he said.

The Centre said it will match the contribution made by the eligible farmer in the pension fund. After the subscriber's death, while receiving pension, the spouse of the beneficiary will be entitled to receive 50 per cent of the pension amount, provided he/she is not already a beneficiary of the scheme.

Farmers can use benefits under PM-KISAN scheme for the making contribution under the pension scheme.