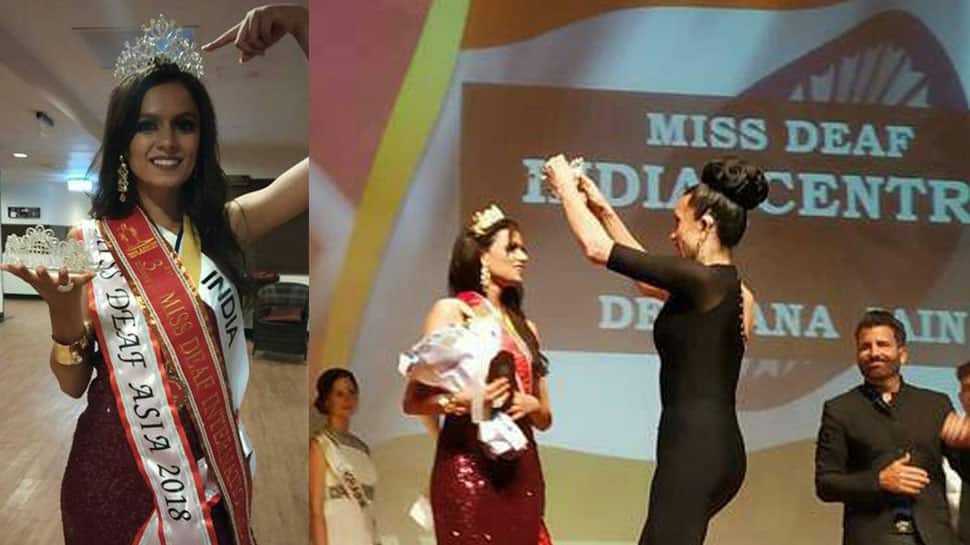 New Delhi: Deshna Jain, a 20-year-old girl from Tikamgarh who has become Miss Deaf Asia and the third runner-up of Miss Deaf International held in Taiwan, says that the platform has given her a new boost and she now wants to go to Italy and participate in fashion shows globally.

"This platform has given me a great boost and new vision altogether. I now want to go to Italy and walk at the World Fashion Show. This is my new motivation in life," Jain told IANS over an e-mail when asked about her goals after winning the crown.

Coming from a small town in Madhya Pradesh, Jain became Miss India Deaf 2018 and represented the country at international platforms.

"It has been a great experience indeed. From the beginning of the journey, I was feeling positive that I will win & finally I did. This is the best thing about my win at the international pageant: my zeal to work hard which has led me to the international recognition. Overall, it became a memorable experience as I was appreciated by people for being humble and hard-working," she said.

Talking about her life, she says that her journey was tough but she enjoyed it a lot.

"I was in awe of women working really hard in Taiwan. Other contestants were also experienced, more beautiful and taller than me which was a matter of worry. But I remained positive and performed. I really enjoyed the flight and meeting deaf people from different regions of the world was the greatest learning. Yet, dressing up again and again with less hours of sleep was a little tiring.

"Also, I had difficulty in adapting to the food and cuisine in Taiwan. On the whole, it was a new learning altogether which I want to share with deaf people all over India," she said,

She also says that her family has been her greatest strength.

"They have supported me at every step of the journey. I have been living away from my family since the age of 3 which was not easy. However, my parents wanted me to study and become independent for which I had to be away.

"It was their decision that I should go to Indore and study. When I started modelling, they encouraged me to go and reach greater heights," she said.