World on a Plate

World on a Plate season 3: Masterchefs George Calombaris and Sarah Todd partner with Ranveer Brar in a first

Culinary expert and chef Saransh Goila will kick-start World on a Plate Season 3 on June 8th with a demonstration of his signature Goila butter chicken, the best butter chicken in the world as Calombaris calls it. 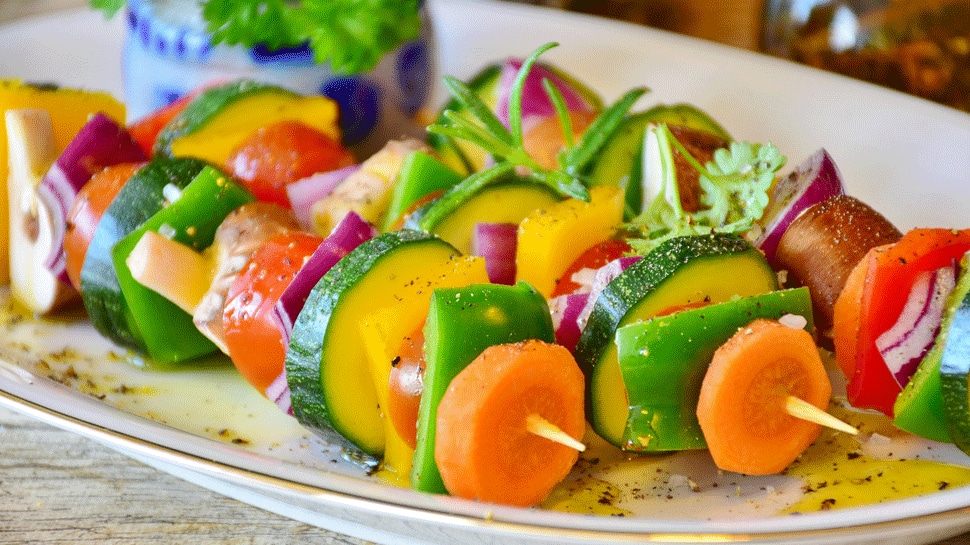 Bengaluru: VR Bengaluru, India’s only integrated lifestyle destination, will host Season 3 of its immensely popular series—World on a Plate—produced by Gold Rush Entertainment. Scheduled between June 8th and 10th 2018, the stage will host stalwarts including Masterchefs George Calombaris, Sarah Todd and Ranveer Brar, who will conduct exclusive fine dine master classes and tete-e-tetes with budding professionals. In continuation with its philosophy of Connecting Communities, The Black box on Whitefield Road has planned a weekend of interesting curated events to thank patrons who have chosen VRB to celebrate many an occasion over the past two years.

Culinary expert and chef Saransh Goila will kick-start World on a Plate Season 3 on June 8th with a demonstration of his signature Goila butter chicken, the best butter chicken in the world as Calombaris calls it. Patrons can savour the epic dish at VR Bengaluru, or from the comfort of their home by ordering it via Uber Eats.

In addition to this, patrons can GiftAMeal with HUG—an initiative to collect funds for the underprivileged, as part of a Hunger Management program—which aims to give away 100,000 meals in 2018.

Visitors are in for a gastronomic delight over the weekend as VR Two is celebrated in grand style. Italian fine dine restaurant Toscano will host a red carpet for George Calombaris on June 9 and 10th, giving his fans a rare occasion to meet their icon up close. June 9 will open to 35 exciting pop-ups by the most sought-after chefs and mixologists in the country as they host Taste Theatre at VR Bengaluru, turning the VR Two celebration into a festival of flavours. The by-appointment events draw to a close on June 10th, as some of India’s more well-known chefs spin their culinary magic to win the coveted WOAP awards for the best restaurant, cocktail bar and patisserie. As the celebrity chefs judge the participants on 10th June, patrons can also cast their prized votes at “People’s Choice Awards” live! The awards are:

For two days i.e. June 9th and 10th, VR Bengaluru will be the epicentre of master classes by celebrity and top-notch chefs for Indian and global cuisines including Mexican, Persian, Mediterranean and European, in their contemporary and modern avatars.

The VR Two anniversary celebrations will also host the much-awaited launch of exclusively crafted beers by The Whitefield Arms. The beers, an ode to the rich Anglo-Indian legacy celebrating the Whitefield heritage, are aptly named The Whitefield Brew, Mysore Stout, Kolar Gold Ale, Three Lancers and the Winston thus celebrating a page from the history of Bengaluru.

In a first, the Whitefield Arms will also open the gates to ‘Canine Street’ for patrons to enjoy a chilled brew and world class dishes with their pawed friends.
The associate sponsors for the World on a Plate by Gold Rush Entertainment are Homecentre, whose cutting-edge kitchens provide the ideal environment for the Masterchefs to display their magic; and Philips Appliances, whose range of kitchen gadgets give our chefs the perfect tools they need. Teacher’s Scotch Whiskey presents the prestigious WOAP Restaurant of the Year Award for 2018.

Here's how you can make your evening snack delicious, healthy