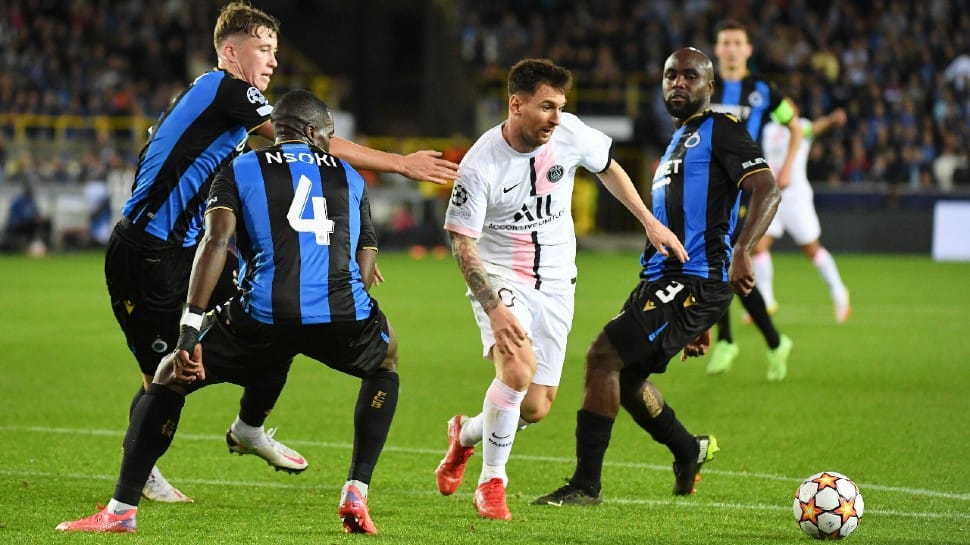 Lionel Messi failed to provide Paris St Germain with any sparkle as the Ligue 1 team’s potent attacking trio lacked inspiration in a disappointing 1-1 draw at Club Brugge in their Champions League opener on Wednesday (September 15). Making his first start for the French team, the Argentine forward hit the woodwork but was otherwise far from his brilliant best alongside the hugely disappointing Neymar and Kylian Mbappe, who set up Ander Herrera for PSG's first-half opener before being replaced injured after the break.

Brugge, who levelled before halftime through Hans Vanaken, were more aggressive and had the best chances against a PSG side lacking quality and defensive focus. The result left PSG and Brugge trailing Group A leaders Manchester City by two points after the Premier League champions crushed RB Leipzig 6-3.

“We didn’t play a fantastic game but to be fair we did enough to win, we deserved to win,” said Herrera. “Maybe they had opportunities at the beginning of the second half but I think we controlled the match, we had a lot of chances.”

Brugge keeper Simon Mignolet disagreed. “I didn’t have a lot of work, I just pulled a couple of saves. We played as a compact side, it was the right approach,” the Belgian said.

With Messi, Neymar and Mbappe together on the pitch for the first time, PSG made a confident start but Brugge responded well. Mbappe broke down the left flank and his low cross was met by Herrera, who opened the scoring in the 15th minute with a low finish for his fourth goal of the season – his third in his last two games.

The points are shared on Matchday 1 of the @ChampionsLeague. #UCL | #CLUPSG pic.twitter.com/P3EVbjqQxP

Messi set up Mbappe, who went close in the 23rd minute with an angled shot that was deflected by Mignolet but PSG were lulled into a false sense of security. On a sharp attack, the visitors’ defence was overwhelmed on the right side and after a late run into the box, Vanaken connected with Eduard Sobol`s cutback to beat Keylor Navas after 27 minutes.

Messi hit the woodwork with a fine curling shot from the edge of the box before Brugge threatened again as Vanaken forced Navas into a diving save with a low free kick. The keeper was made to work again to tip Charles De Ketelaere`s rising shot over the bar before halftime.

Danilo replaced Leandro Paredes as PSG’s holding midfielder while Julian Draxler took over from Georginio Wijnaldum as roving midfielder after the break. PSG suffered a blow six minutes into the second half when Mbappe limped off the pitch after taking a knock on his ankle and was substituted by Mauro Icardi.

Messi had PSG’s first chance of the second half 20 minutes from time with an angled shot before picking up a yellow card, but Brugge did more than enough to claim a well-deserved point.