The former Italy international has been the subject of widespread speculation in the Italian media that he is set to be replaced at the end of the season after a poor end to the campaign. 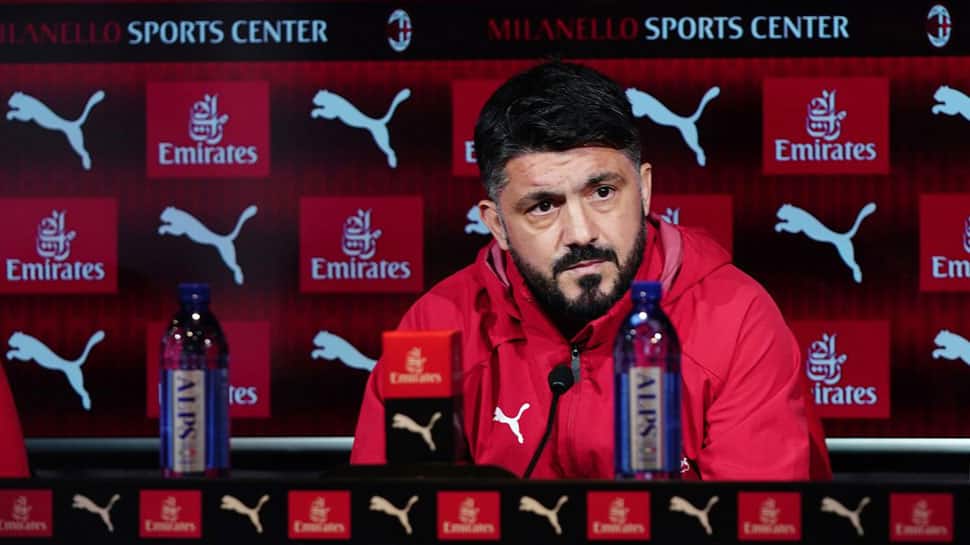 AC Milan coach Gennaro Gattuso has fiercely rejected the suggestion that he is on the way out of the club and said that no decision has been made on his future.

The former Italy international has been the subject of widespread speculation in the Italian media that he is set to be replaced at the end of the season after a poor end to the campaign.

Milan have picked up just five points in their last seven league matches and risk missing out on Champions League qualification for next season after dropping to seventh place.

Gattuso responded by introducing a punitive training camp for his squad ahead of Monday’s Serie A meeting with Bologna at San Siro.

“It’s normal that after winning just five points in seven rounds things are like this,” he said during Sunday’s media conference.

“But do you think I’m giving up? Look at my history, I’ve always fought for the last 17 years. When I don’t have any desire left I will stay at home with my children and my dogs and enjoy life."

“If I had resigned I wouldn’t have gone into a training camp with all the players. In the difficult moments, the coach is the first to be crucified, but it’s not true that I have given up or been dismissed."

“My only objective is to get into the Champions League and I have two years on my contract. The word ‘resignation’ doesn’t exist to me, nothing else matters."

There was a meeting between club directors and Gattuso earlier in the week but the coach denied his future had been decided.

“No decision was taken, we just spoke about the group and what needed to be done,” he said.

“We basically repeated what we had said in Turin (where they lost 2-0 to Torino last Sunday). I have read a lot of nonsense but we only talked about the players."

He added: "Going into the training camp was my decision and the club supported me. I saw an angry team and we must show that on the pitch."

La Liga: Getafe close in on Champions League spot after seeing off Girona