Adam Taggart next in a long line of Australia striker auditions

The 26-year-old Taggart earned his first international callup in five years when he featured in the 1-0 friendly loss to South Korea in June on the back of a stellar season with Suwong Bluewings. 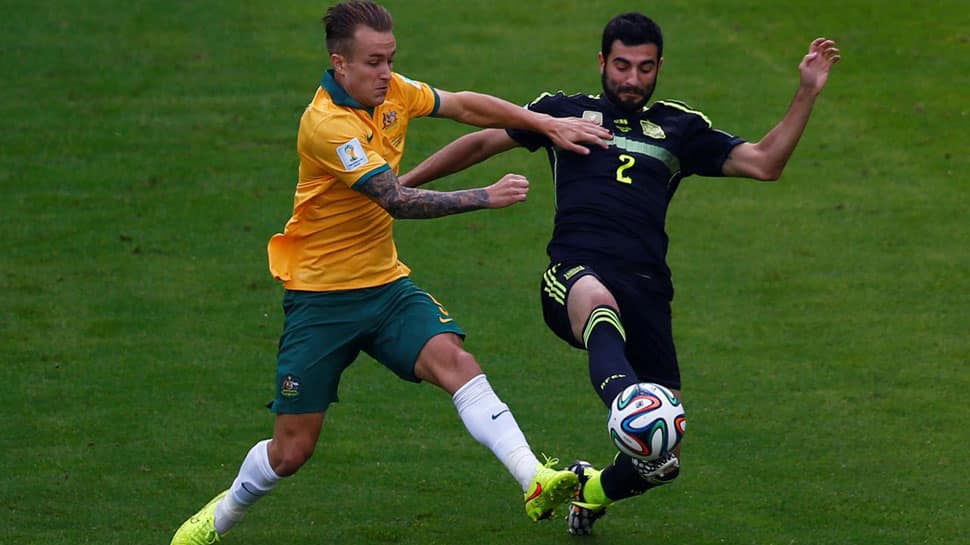 Australia`s long search for a successor to Tim Cahill has seen a merry-go-round of strikers come and go in recent years but coach Graham Arnold hopes he has found his man in South Korea-based Adam Taggart.

The 26-year-old Taggart earned his first international callup in five years when he featured in the 1-0 friendly loss to South Korea in June on the back of a stellar season with Suwong Bluewings.

He has continued his good form in the K-League, netting 16 times to top the goal-scorers` list and deservedly retains his place in Arnold`s side for the first World Cup qualifier away to Kuwait next week.

Taggart, whose international ambitions have been tempered by injuries, said being back in the Socceroos frame had done wonders for his confidence at club level.

"It`s been a fantastic period of playing regular football, so I`m really happy with how things are going in Korea," he said from the Socceroos` training camp in Dubai.

"It`s been a really positive time and I`ve enjoyed my football."

"It was nice to come off the back of an enjoyable time with the Socceroos again, which I think has really helped. It definitely gives you a little boost mentally and also football-wise, which I think are the two most important things."

Taggart made his Socceroos debut as a 19-year-old in 2012 against Hong Kong in a preliminary round match for the 2013 East Asian Cup and had three goals in his first three appearances.

A long and successful career appeared set to take off when he was picked in Ange Postecoglou`s squad for the 2014 World Cup in Brazil and later signed with English side Fulham.

It all went sour with a string of injuries through a miserable period in 2014-16 that saw him unused at Fulham and go goalless on loan to Dundee United in the Scottish league.

He returned to prolific form back home in Australia with Perth Glory and Brisbane Roar in recent seasons before crossing to Suwong in February.

With a host of Socceroos forwards injured, Taggart has the perfect opportunity to make his mark against 156th-ranked Kuwait and has a good rapport with Arnold, a former Australia striker.

"In general he`s a good coach, top coach, but obviously being a striker it`s really nice to have someone above you sharing the same mentality of enjoying scoring goals and enjoying attacking," he said.

"So he`s someone I`m really looking forward to working under."