The All India Football Federation is trying to field India's U-16 team in a four-nation tournament in Japan, aiming to mould it into a battle-hardened outfit good enough to qualify for the FIFA U-17 World Cup in 2019. 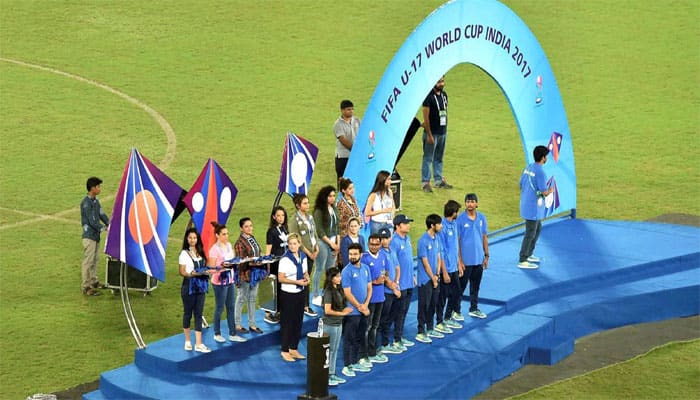 New Delhi: The All India Football Federation is trying to field India's U-16 team in a four-nation tournament in Japan, aiming to mould it into a battle-hardened outfit good enough to qualify for the FIFA U-17 World Cup in 2019.

According to AIFF General Secretary Kushal Das, the age-group tournament in Japan is being planned on the lines of the Intercontinental Cup for the senior team, which will take place in June in Mumbai.

"We are trying for a four-nation tournament in Japan. The target is to do well in the AFC U-16 Championships, where the top four teams get direct tickets to the next U-17 World Cup. So, we are trying to build a strong team that can perform well at the AFC Championships," Das told PTI.

Though almost all the players who were part of the team for U-17 World Cup at home last year have graduated to the next level, the top AIFF official expressed optimism about the current bunch coached by Bibiano Fernandes.

"One or two players are there from that side (last year's U-17 squad), but I saw them in Spain and they were pretty impressive, I thought. Besides the senior team, we are very serious about the U-16 team," Das added.

The 2019 U-17 World Cup will be held in Peru in September and October.

The team is set to compete in a four-nation tournament in Serbia from May 9-13, as part of preparations for the forthcoming AFC Championships in Malaysia.

The Indian team may have finished their campaign in the U-17 World Cup at home last year without a point, but its spirited showings and solid organisation attracted lavish praise from none other than FIFA boss Gianni Infantino, who had called India a "football continent".

Through its initiatives for the U-16 squad, the AIFF, it seems, is keen to live up to Infantino's expectations.

Before departing for Serbia, coach Bibiano said, "Adapting to different styles of play has been the key for the boys."

Cash-strapped Mohun Bagan get Rs 1 crore from its president