Coach Erik ten Hag said the performance had been "as close to perfection as you can get" and that his young Ajax side deserved to progress. 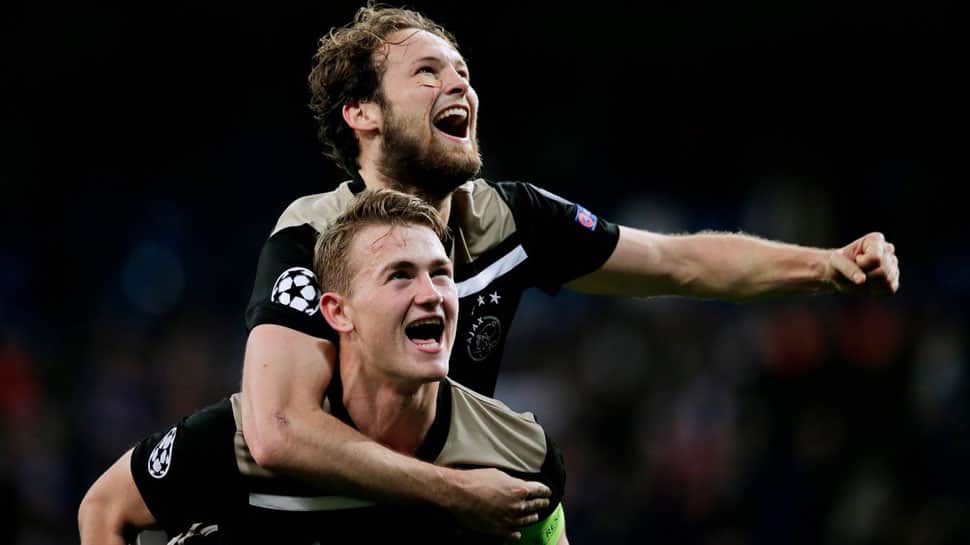 Ajax Amsterdam captain Matthijs de Ligt is confident that his side can go on to cause more Champions League mayhem after booking a surprise quarter-final spot with a stunning upset victory over defending champions Real Madrid.

Four-times European champions Ajax overcame a 2-1 first-leg deficit, triumphing 4-1 at the Santiago Bernabeu in Tuesday`s second leg to advance 5-3 on aggregate and send the Spanish giants crashing out.

"We will see how far we go but we are certainly not finished yet," the teenage defender told Dutch reporters.

"We made it difficult for Bayern Munich," he said of Ajax`s performance in the group phase, "and now we`ve knocked Real Madrid out.

"It was no surprise to us. Real give a lot of room away and if you are prepared to play football you know you can make it very difficult for them."

The 19-year-old said Ajax were more clinical in Madrid than they had been during their narrow home defeat in the first leg.

"The only thing we didn`t do in that game was score (enough) but tonight we got our first two chances into the net," he added. "Were we at our best? I think so, otherwise, you don`t beat a team like Real Madrid."

"We knew it would be difficult but that there would also be opportunities."

Coach Erik ten Hag said the performance had been "as close to perfection as you can get" and that his young Ajax side deserved to progress.

"Everything worked for us but we forced that ourselves," he added. "I think that over the two matches we proved we were good enough to advance and it was with great class that we were able to show our qualities in Madrid."