Morata broke the deadlock in the 31st minute, sending a cross from Filipe Luis into the bottom corner on the volley. 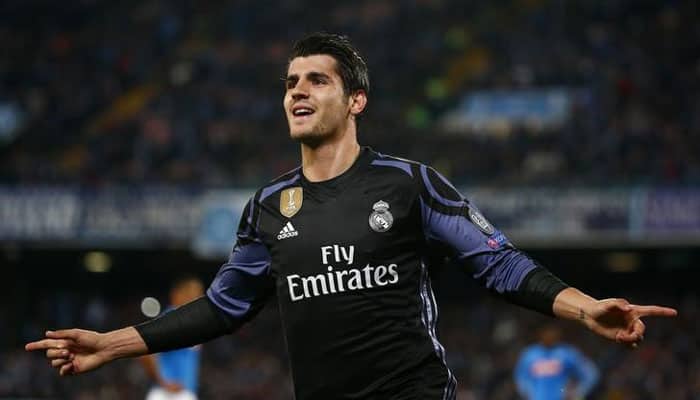 Alvaro Morata scored his first goal for Atletico Madrid in a 2-0 win at home to Villarreal on Sunday which cut the gap behind La Liga leaders Barcelona back down to seven points.

Morata, who is on loan from Chelsea and had seen two goals ruled out after video assistant referee (VAR) reviews in recent games, broke the deadlock in the 31st minute, sending a cross from Filipe Luis into the bottom corner on the volley.

This was a less intense performance from Diego Simeone`s side than Wednesday`s thrilling 2-0 win over Juventus in the Champions League but they still had several chances to add to their lead, with Diego Costa spurning three good opportunities.

They finally sealed the points with a goal from midfielder Saul Niguez in the 88th minute, aided by two lapses from the visiting side, who are in serious danger of getting relegated.

Goalkeeper Sergio Asenjo misjudged a bounce in his area which allowed Saul to reach the ball first while defender Victor Ruiz was perfectly placed to head the shot away but mistimed his jump, watching on as the ball sailed past him into the net.

Atletico are second in the standings after 25 games on 50 points, while leaders Barcelona have 57.

Villarreal are 18th on 23 points, two away from getting out of the relegation zone.