In the group`s other fixture, Slovakia eased to a 2-0 home win against Hungary thanks to midfielder Ondrej Duda`s first-half opener and Albert Rusnak`s 85th-minute goal in Trnava. 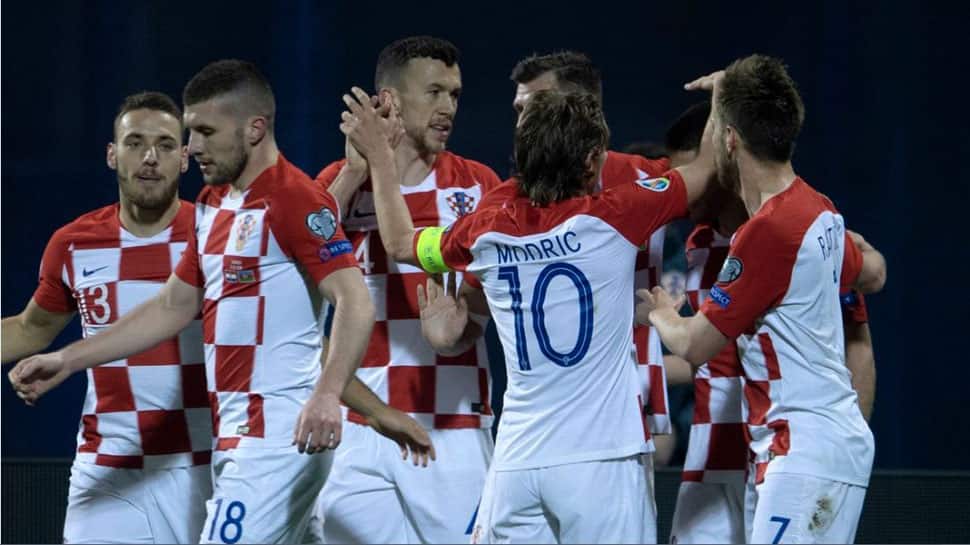 Croatia were forced to dig deep as they came from behind to beat unfancied Azerbaijan 2-1 at home in their opening Euro 2020 Group E qualifier after forward Andrej Kramaric scored a 79th winner on Thursday.

In the group`s other fixture, Slovakia eased to a 2-0 home win against Hungary thanks to midfielder Ondrej Duda`s first-half opener and Albert Rusnak`s 85th-minute goal in Trnava.

The Croatians dominated from the start at Maksimir stadium but their opponents stunned the vocal home crowd when forward Ramil Sheydaev gave them a 19th-minute lead with a superb goal.

Croatia piled on the pressure and captain Luka Modric glanced a header just wide from a cross by Borna Barisic shortly before the left-back levelled with his first international goal.

Caleta-Car saw his header from a corner cleared off the line by Dmitri Nazarov but Barisic was well placed to scramble home the equaliser from close range in the 44th minute.

It looked set to be a frustrating night for Croatia as Azeri keeper Salahat Agayev made a string of fine saves in the second half to deny Modric, Bruno Petkovic and Josip Brekalo.

Agayev also dealt with a flurry of crosses from either flank as the packed visiting defence came under relentless pressure but he could do nothing about Kramaric`s sumptuous strike.

A ricochet off a defender fell kindly for the striker, who side-stepped his marker before unleashing an unstoppable shot into the far corner from 15 metres to delight the home fans.

On Sunday, Wales open their Group E campaign at home to Slovakia while Croatia visit Hungary.