The trio were part of the Germany squad that won the World Cup in 2014 and Mueller said the sudden nature of the announcement had left a bitter taste. 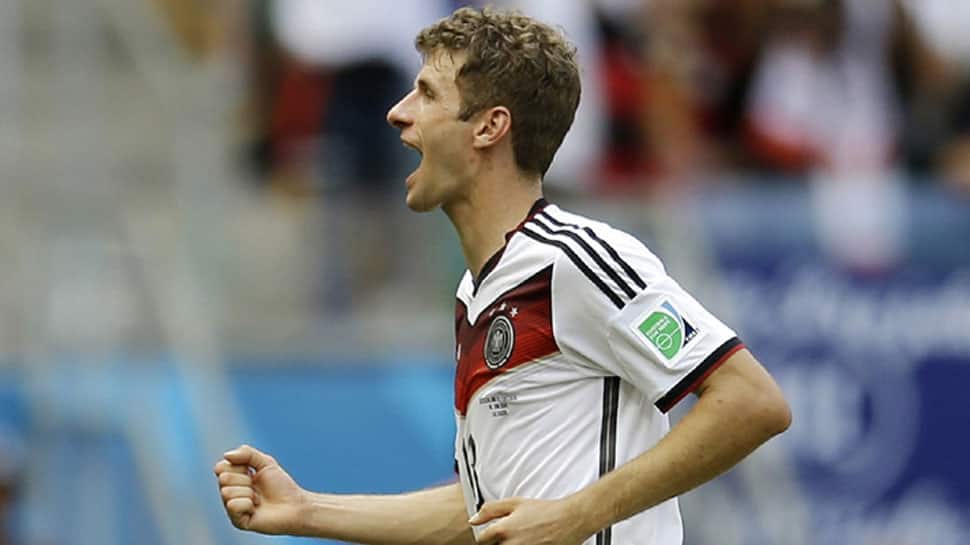 Germany coach Joachim Loew`s decision to end Thomas Mueller`s international career has left the Bayern Munich midfielder 'angry' and struggling to come to terms with the manner in which he received the news.

Loew said on Tuesday that the 29-year-old Mueller and his Bayern teammates, Mats Hummels and Jerome Boateng, both 30, were no longer part of Germany`s plans as they look to move on from their group stage exit from last year`s World Cup.

The trio were part of the Germany squad that won the World Cup in 2014 and Mueller said the sudden nature of the announcement had left a bitter taste.

"The more I think about it, the more the way it was done makes me angry," Mueller said in a video on Instagram. "The coach`s decision left me puzzled."

"A coach must make sporting decisions, I don`t have a problem with that. But it`s mostly the character of the decision that I don`t understand. Mats, Jerome and I are still able to play at the highest level."

"The press releases of the German football federation and its president (Reinhard Grindel), prepared in advance, were from my point of view in bad taste and showed a lack of consideration."

Bayern chairman Karl-Heinz Rummenigge questioned the timing of the announcement in a joint statement with the club`s sporting director Hasan Salihamidzic.

"The last Germany international was played on Nov. 19," Rummenigge said. "We`re disappointed that the players and the public have been informed of this decision some 3-1/2 months later, before crucial games for Bayern."

"We were surprised this happened as part of an unannounced visit by Loew and (team director) Oliver Bierhoff to Bayern."

Defending champions Bayern, who are second in the Bundesliga behind Borussia Dortmund on goal difference, host VfL Wolfsburg on Saturday before facing Liverpool in the second leg of their Champions League last-16 tie four days later.

Germany play their first international of the year against Serbia in Wolfsburg on March 20.