The new league will begin in June with funding from the association, AFA president Claudio Tapia said. 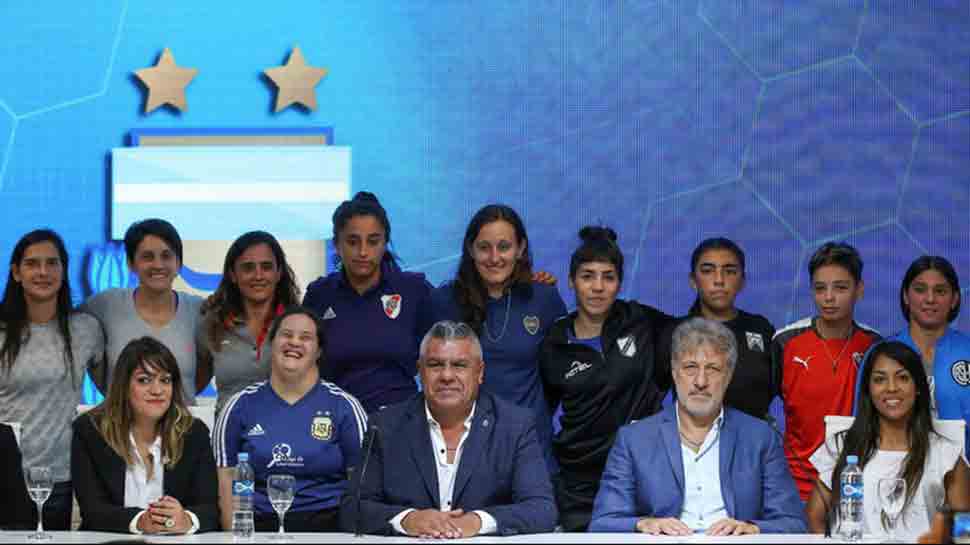 The Argentine Football Association (AFA) has announced the start of a professional league for women and promised that it would give women`s football more attention, with the creation of a high-performance centre in Buenos Aires.

The new league will begin in June with funding from the association, AFA president Claudio Tapia said.

"This association has one promise, to improve football," Tapia told reporters. "We are going to keep working to develop women`s football in all provinces."

"We are going to create a federal cup that will be called Football in Evolution that is going to be similar to the Argentine Cup. I hope that the coming tournament is the kick off for continued growth."

Tapia said that the AFA would provide pitches for teams that do not have their own facilities and that it intends on creating a high-performance centre in Buenos Aires.

It has given teams 60 days to register at least eight players on professional contracts. The current semi-professional competition has 16 teams taking part. The AFA did not say how many teams would play in the new league.

The announcement comes after a week of controversy for women`s football in the Americas.

Colombian players accused officials of a series of discriminatory actions and of not arranging enough matches. At the same time, on International Women`s Day, 28 members of the United States squad filed a suit against the U.S. Soccer Federation for better treatment and equal pay.

Women`s football in Argentine has gained considerable exposure this year, with Boca Juniors`s female team playing at the Bombonera stadium for the first time last week. The match was also televised, becoming the first female football match to be shown live in the South American nation.

Argentina are one of the three Latin American sides, along with Brazil and Chile, to qualify for this year`s World Cup in France.

FIFA made the growth of the women`s game one of their main priorities last year, obliging all member nations to have female football strategies in place by 2022 and to double the number of female players to 60 million by 2026.