Arjen Robben dreams of Euro 2020 after months of injuries

Arjen Robben made the last of 96 international appearances in October 2017, when his double in a 2-0 win against Sweden proved insufficient to get the Dutch to the 2018 World Cup. 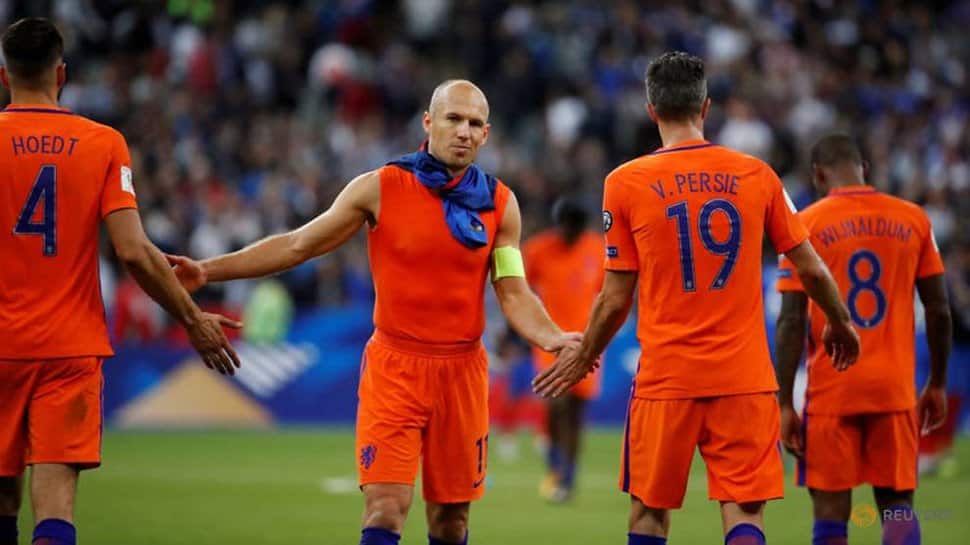 Arjen Robben is dreaming of playing at the European Championship next month after the injury-prone veteran started his first match for FC Groningen in eight months on Sunday. The 37-year-old was the star of Groningen's 4-0 victory at FC Emmen as he delivered two assists in his longest appearance since his return to the Dutch top flight last year.

The former Bayern Munich, Real Madrid and Chelsea forward said he was relieved with his performance in 80 minutes of play and hinted at a comeback to the national team for Euro 2020.

"If he calls me, I would say yes", Robben replied when reporters asked how he would respond if Netherlands coach Frank de Boer invited him to join the squad for the Euros.

"When I started this last summer, it (Euro 2020) definitely was one of my wildest dreams", Robben said.

"It would be nice. But you have to be realistic, I would have to be properly fit and be of value to the team. We'll see."

Arjen Robben made a surprise return to professional football last year when he signed a one-year deal with his boyhood club Groningen a year after retiring with an eighth Bundesliga title at Bayern Munich under his belt.

But his comeback to the Eredivisie had been limited to only a handful of short appearances so far as he battled a string of injuries between October and the end of March.

De Boer will name his preliminary squad for Euro 2020 at the end of this week but has until June 1 to deliver his final list of 26 players for the tournament.

Robben made the last of 96 international appearances in October 2017, when his double in a 2-0 win against Sweden proved insufficient to get the Dutch to the 2018 World Cup.

The Netherlands will play its first major tournament this year since finishing third at the World Cup in Brazil in 2014.