Arsenal Next Gen ready to 'take on the world', says youngster Bukayo Saka

Arsenal made it three wins from three matches on their tour of the United States, including two in the International Champions Cup, with victory in humid conditions in Charlotte, where youngsters again came to the fore. 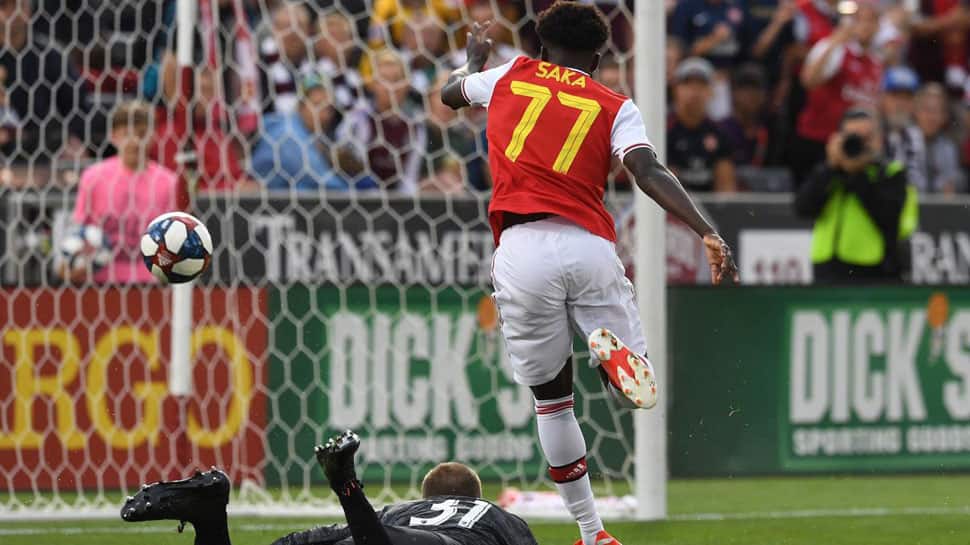 After impressing in a starting role for Arsenal in their 3-0 win over Fiorentina on Saturday, 17-year-old Bukayo Saka said he is ready to "take on the world" as part of an exciting next generation of talent.

Arsenal made it three wins from three matches on their tour of the United States, including two in the International Champions Cup, with victory in humid conditions in Charlotte, where youngsters again came to the fore.

With Arsenal yet to make a major signing in the summer transfer window, coach Unai Emery has instead utilised some of the young talent at his disposal in the U.S., and has been rewarded as all eight of Arsenal`s pre-season goals have been scored by youngsters.

One of those is Saka, who again shone in a wide role against Fiorentina, and now believes that he and his fellow proteges have what it takes to go far.

"The players coming up from the academy are so special," Saka said. "The next generation of us can be in this Arsenal team and take on the world.

"The boss is doing a good job of managing all of us, helping us to progress every day and to learn."

"I just have to keep pushing. Showing the boss what I can do and when the time comes I am ready to play. When I get the chance then I can take it."

Saka also hailed the influence of new Arsenal assistant coach Freddie Ljungberg, who has been promoted from the Under-23s role to work alongside Emery, bringing a wide knowledge of his former charges.

"From the Under-15s I worked with him," Saka added. "It has been a long journey but I feel like we both deserve it."

"Freddie helps Unai know who we are, tells him our strengths and weaknesses and comes to us individually and tells us what we need to do from Unai."

"Unai does not have to speak to us directly, Freddie comes to us and tells us what we need to do. It makes the transition from the academy to the first team much smoother."