Liverpool`s attacking trio of Mohamed Salah, Sadio Mane and Roberto Firmino combined for 69 goals and 19 assists in all competitions last season and Aubameyang labelled them "one of the best trios in the world". 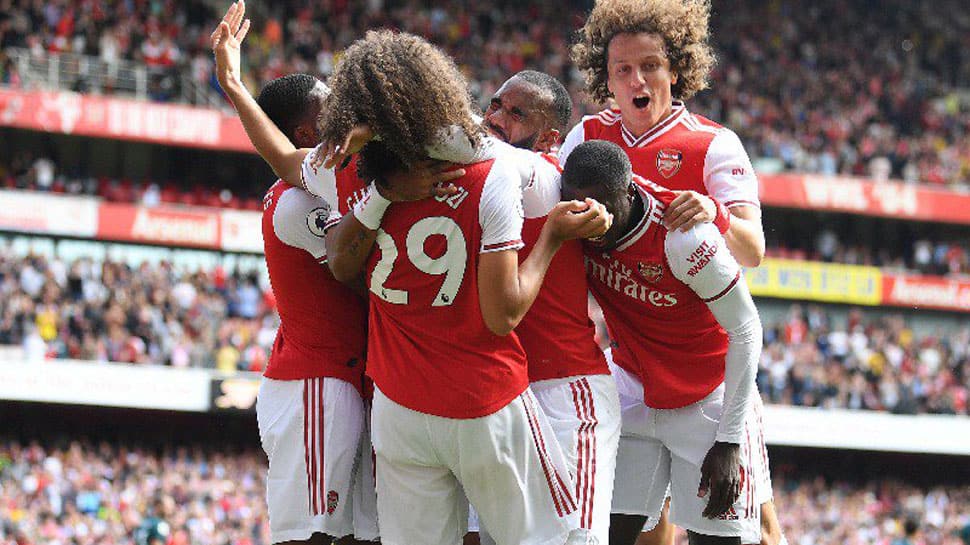 Pierre-Emerick Aubameyang says Arsenal could try to fight fire with fire on Saturday by deploying him in a front three alongside Alexandre Lacazette and Nicolas Pepe when they travel to face Liverpool in the Premier League.

Liverpool`s attacking trio of Mohamed Salah, Sadio Mane and Roberto Firmino combined for 69 goals and 19 assists in all competitions last season and Aubameyang labelled them "one of the best trios in the world".

"As we`ve seen from last season, Liverpool play with three upfront and they play very well. Why not us? I think we can do it," Aubameyang told Sky Sports.

"I see a lot of similarities. Pepe and me, we are quick players like Mane and Salah, while `Laca` is a player who can keep the ball and is really good with his feet like Firmino. So yes, we can say we are close enough."

Pepe, who cost Arsenal a club record 72 million pounds ($88.03 million), scored 22 league goals and provided 11 assists for Lille last season and Aubameyang is looking forward to seeing what he can bring to the attack when the three link up on the pitch.

"First of all, he speaks French so it will be easy for him to settle in and play with us," Aubameyang added. "He only started training with us a few weeks ago but it`s good to have him with us. He`s started well."

"Last season he was amazing. He`ll bring us speed and excellent finishing."

Accommodating all three in the starting lineup would require a change in formation but Aubameyang has no qualms about moving from the centre forward role to play out wide.

"I`ve played a lot of times on the right and the left during my career, so I`m used to it. It`s a bit of a different job," the Gabon international said.