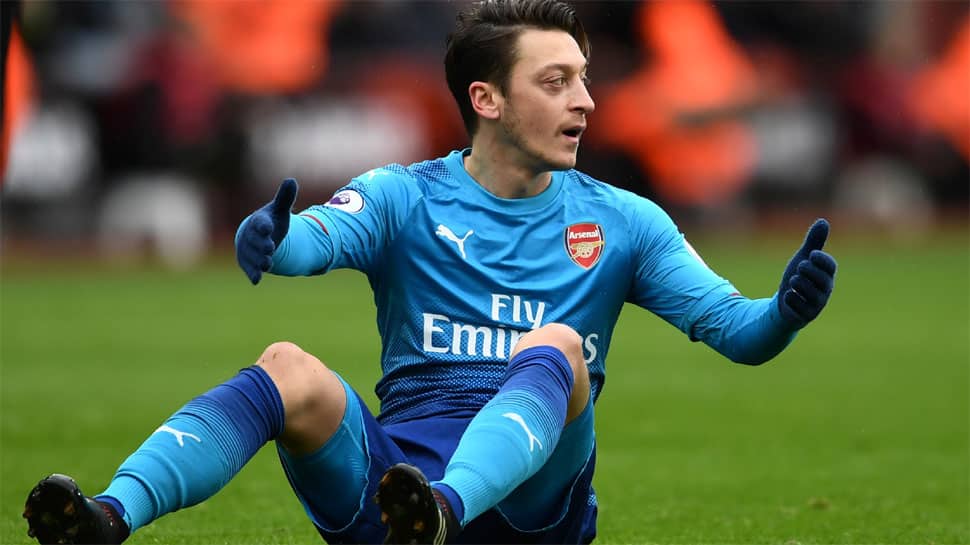 Mesut Ozil and Sead Kolasinac are "good options" for Arsenal`s match against Burnley after missing the team`s Premier League opener due to a security situation being investigated by the police, manager Unai Emery said on Thursday.

"They came back to train with us on Tuesday," Emery told reporters ahead of Burnley`s visit on Saturday. "We had (the day) off but they came back to start training. Mesut didn`t train yesterday with illness but he trained today."

"The club is working and helping them. I`m helping them focus on training and preparation. At the moment they are calm... I want to help them to live with normality."

"They are both good options. I`ll take the decision if they can be with us on Saturday, we`ll wait for tomorrow."

Club record signing Nicolas Pepe, bought for 72 million pounds ($87 million), made his Arsenal debut as a substitute at Newcastle and Emery said he would wait until after Friday training before deciding whether to select the striker.

"I`m going to decide tomorrow because now is a small difference for my decision about the player," Emery added. "It depends on how they will be tomorrow in training."

"Pepe is training with us, improving with us, knowing us. He`s understanding our style little by little and physically getting better. He`s more close to help us at the beginning (of the match)."

Burnley have lost their last 10 matches against Arsenal in all competitions but Emery is not taking Sean Dyche`s side lightly, especially after a 3-0 home win over Southampton in their season opener.

"Burnley are in a good moment, they won 3-0 and have had an amazing pre-season," Emery said.

"They have a very clear structure. They changed last year to a 5-3-2 (formation) but the 4-4-2 structure is strong with them. We need to be at our best individually and collectively."

"It`s going to be a very physical match. We need that adaptation, to be strong and an important game plan with our structure and tactical positioning. They`re very strong with the duels."