Villa have been out of the top flight for three seasons while Derby have been stuck in the second tier of English football since relegation in 2008. 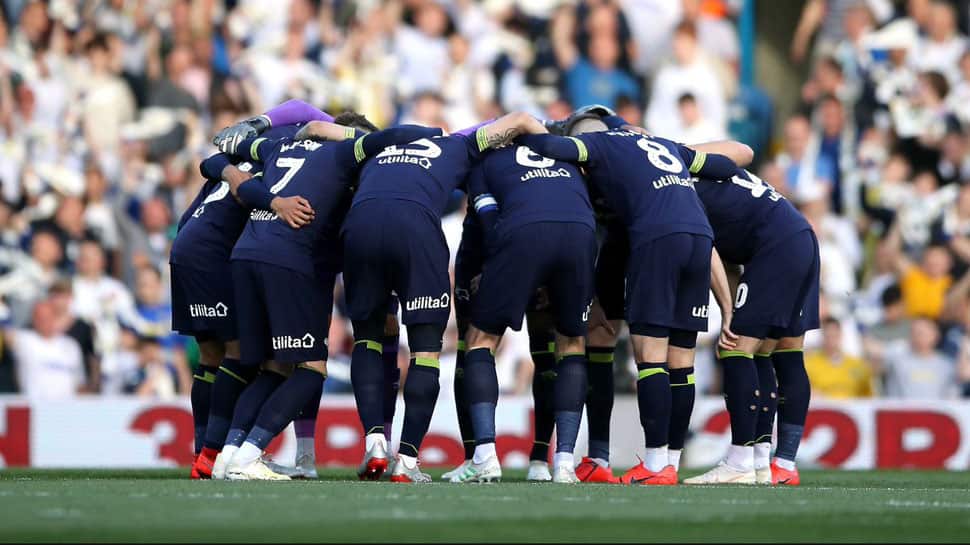 Aston Villa face Derby County in the Championship playoff final on Monday with both clubs desperate for a return to the Premier League in a game billed as the richest in world football with at least 170 million pounds ($216.19 million) on the line.

Villa have been out of the top flight for three seasons while Derby have been stuck in the second tier of English football since relegation in 2008.

A 10-match winning streak during the run-in propelled Dean Smith`s Villa side into the playoffs where they got past West Midlands rivals West Bromwich Albion.

"The key thing is momentum," said former Brentford manager Smith, who took over from Steve Bruce at Villa Park in October.

"I feel we have a lot of that going into it (the final), given our run towards the end of the season and our two dominant playoff games, We can take it into the final."

Derby produced a brilliant performance with a 4-2 win over Leeds United in their playoff second leg at Elland Road earning them a place at Wembley.

Derby manager Frank Lampard, the former Chelsea and England midfielder who is in his first season as a manager, believes his team are well suited for the high-pressure encounter.

"The `cup` football feeling has been good for us. We’ve had to get results for a while now, going back to probably the QPR game (a 2-0 home win on April 22). We’ll need big game mentality on Monday," he said.

Lampard is up against his former club and international teammate John Terry, who is Smith`s assistant at Villa.

Champions Norwich City and runners-up Sheffield United have already secured promotion to the top flight and the rewards for Villa and Derby of joining them are eye-watering.

According to analysis from Deloitte’s Sports Business Group, promotion will bring an increase in revenue of at least 170 million pounds, rising to a minimum of 300 million if the playoff winners avoid relegation in their first season.

The 170 million includes 95 million pounds in revenue from playing in the Premier League in 2019/20, mostly from broadcast and commercial revenue, and a total of 75 million in parachute payments in 2020/21 and 2021/22 if they go straight down.

However, the 170 million rises to at least 300 million if they survive their first season in the top flight.