The two teams will square off again in the second and final leg on January 16 at Wanda Metropolitano Stadium in Madrid. 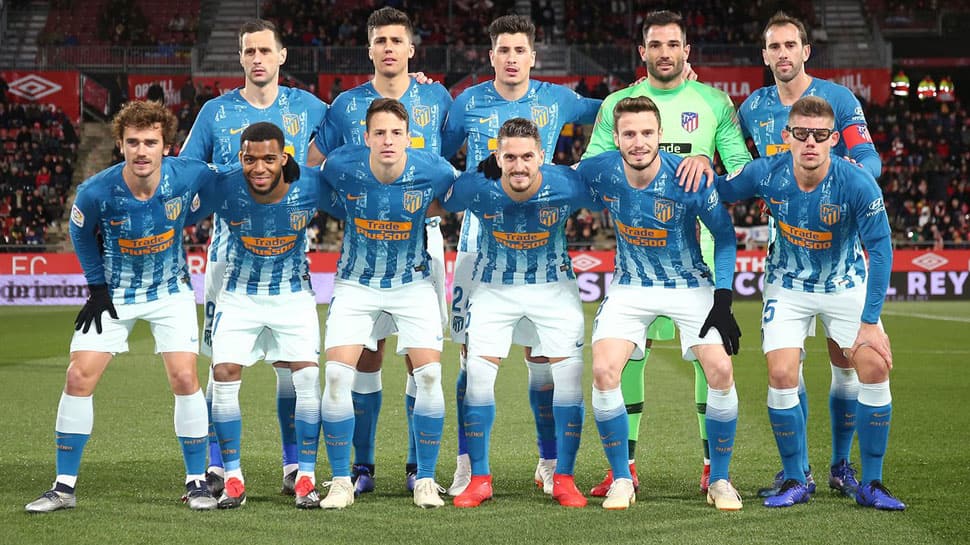 Atletico Madrid`s struggles against Girona continued with the two teams playing a 1-1 draw in the first leg of their Copa del Rey round-of-16 tie on Thursday.

Star forward Antoine Griezmann got the Colchoneros off to a strong start at Montilivi Stadium when he beat goalkeeper Gorka Iraizoz with a potent shot in just the ninth minute of the match, reports Efe news.

A breakout win briefly seemed to be in the works against a club of modest means that has managed to hold Atleti to three draws in three career La Liga meetings.

But that early goal merely served as a wake-up call for the feisty Catalan club, who pinned the visitors in their area and then got the equalizer in the 34th minute on a strike by Honduran forward Alexander "Choco" Lozano.

Atleti net minder Antonio Adan managed to get his hand on the ball but was unable to tip it over the crossbar.

Girona then continued to threaten Atletico Madrid`s goal toward the end of the first half, putting on an impressive performance despite having fielded several players who had seen little playing time this season.

Atleti bounced back in the second half thanks partly to the play of substitutes Angel Correa, Vitolo and Thomas Partey, all of whom had chances to score.

But the best opportunity of the second half went to waste when Girona`s Seydou Doumbia failed to convert a clear opportunity set up by defender Jonas Ramalho at the one-hour mark.

"We felt good, especially in the second half," Atletico Madrid head coach Diego Simeone said in the post-match press conference, adding that his club had chances to win but that Girona "also could have capitalized on one of the counter-attacks they had."

These same two teams will square off again in the second and final leg on January 16 at Wanda Metropolitano Stadium in Madrid.