The Brazil Under-20 international, who has made 23 appearances for Mineiro, will spend the rest of this season on-loan at fellow Spanish top flight side Real Betis. 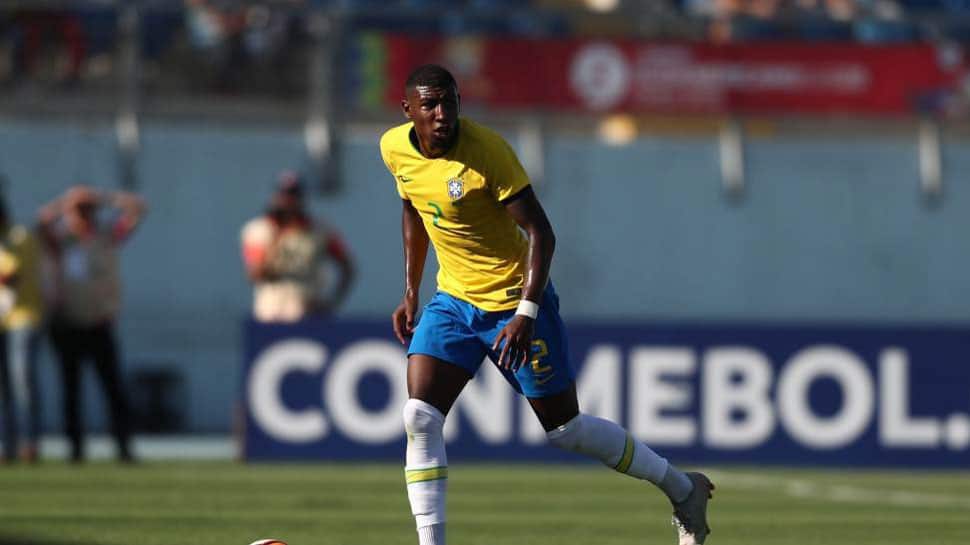 Barcelona have agreed a deal to sign 20-year-old Brazilian defender Emerson from Atletico Mineiro for 12 million euros ($13.73 million) and the right back will join the club in July, the Spanish champions said on Thursday.

The Brazil Under-20 international, who has made 23 appearances for Mineiro, will spend the rest of this season on-loan at fellow Spanish top flight side Real Betis.

Emerson is Barca`s fifth signing of a busy January following the loan arrivals of Jeison Murillo and Kevin-Prince Boateng.

The club also announced that Ajax`s Frenkie de Jong will join in the close season, while Munir El Haddadi left the club to join Sevilla and Denis Suarez departed for Premier League Arsenal on loan.

Barcelona also reached a deal in early January to sign Jean-Clair Todibo of Toulouse, with the Frenchman initially set to join at the end of the season.

Barca issued a statement late on Thursday, however, saying the 19-year-old would instead be joining the club immediately

"Barcelona and Toulouse have arrived at an agreement for the French player Jean-Clair Todibo, with whom Barca had previously agreed to incorporate beginning on July 1, 2019, to instead join the Catalan club with immediate effect," Barcelona said.