In the first half on Saturday, Barcelona had several clear scoring opportunities, especially one involving the club's new signing, French striker Antoine Griezmann 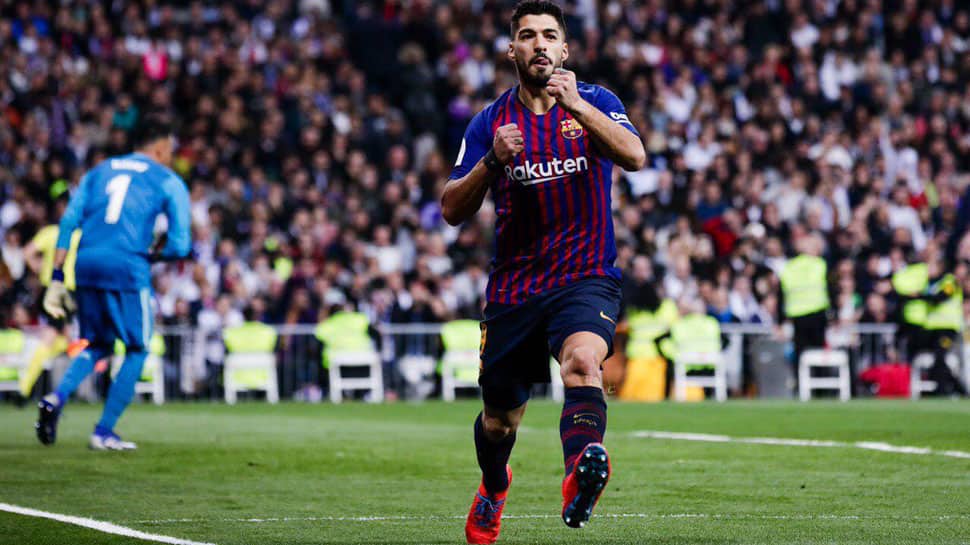 Uruguayan forward Luis Suarez once again led the attack for FC Barcelona, scoring two goals in the Spanish team's 4-0 drubbing of Napoli in a friendly that was part of the teams' pre-season tour of the US.

In the first half on Saturday, Barcelona had several clear scoring opportunities, especially one involving the club's new signing, French striker Antoine Griezmann. But the Catalan squad initially seemed to suffer from the absence of star player Lionel Messi, who did not set foot on the pitch due to a calf injury sustained during training earlier in the week, Efe news reported.

Napoli also came close to going one up in the 45th minute as Fabian Ruiz went within inches of finding the net just before the half-time whistle saw the teams walk off with a level scoreboard displaying 0-0 at the Michigan Stadium.

However, the second half was a show of dominance and a masterclass in offensive play by the Spanish league champions.

Barcelona kick-started their goalscoring exhibition in the 47th minute with Suarez making the most of a Griezmann shot that rebounded off the Italian squad's keeper, Alex Meret.

Then, much to the delight of the Barcelona fans present at the stadium, Griezmann scored his first goal for his new club in the 55th minute, taking the lead to 2-0.

The frenzy intensified two minutes later when Suarez found the back of the net for the second time following an assist by Frenchman Ousmane Dembele as Meret looked on helplessly.

A few minutes later, it was Dembele's turn to join the party in the 63rd minute as he scored Barcelona's fourth goal, thus crowning an inspired and tireless performance.

After the 65th minute, Barcelona coach Ernesto Valverde brought in Brazilian players Philippe Coutinho and Arthur Melo, as well as Chilean midfielder Arturo Vidal, in order to give them game time in the pre-season friendly after they joined the squad late owing to their participation in the Copa America.