The 32-year-old, who is in his 11th year with Barcelona since returning to his boyhood club from Manchester United, has been at the forefront of this new found passion for defending. 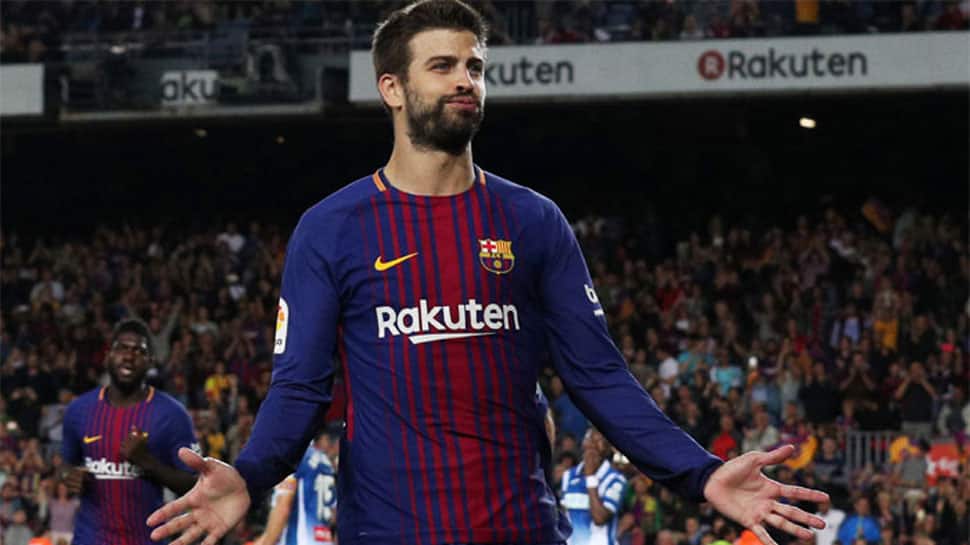 Admired around the world over for the last decade as the great entertainers of European soccer, La Liga leaders Barcelona have quietly turned into masters of defending in recent weeks, led by centre half Gerard Pique.

The Catalans, who hold a seven-point lead over nearest challengers Atletico Madrid heading into Saturday`s game at home to struggling Rayo Vallecano, have kept five clean sheets in their last six games, which bodes well for their title run in.

The 32-year-old, who is in his 11th year with Barcelona since returning to his boyhood club from Manchester United, has been at the forefront of this new found passion for defending.

Along with French defender Clement Lenglet, Pique was the hero of last week`s 1-0 win over Real Madrid which opened up a 12-point gap between Barca and their historic rivals and followed a 3-0 win at Madrid in the Copa del Rey semi-finals.

Barcelona were also watertight at the back in goalless draws with Athletic Bilbao and Olympique Lyonnais and a 1-0 win over Real Valladolid as their defence compensated for a short-lived dip in the form of strikers Luis Suarez and Lionel Messi.

Once regarded as too immature to become a true Barcelona great, Pique has become a wiser defender as his career has progressed and is no longer prone to the occasional lapses of concentration which he used to be criticised for.

If there is one concern about Pique, it is that playing every minute of the league campaign could catch up with him as the season enters its crucial stage and Barca battle to win a treble of La Liga, the Copa del Rey and the Champions League.

He has benefitted from retiring from the Spain team, however, now returning refreshed after international breaks while his teammates and counterparts have crossed continents representing their nations.

Being a defender in a team brimming with so much attacking quality and stardust has meant that Pique`s contributions have often gone under the radar, although he now seems to be earning respect from all corners of Spanish soccer.

He has even come in for praise from the sections of the press that are usually hostile towards Barca, with newspaper Marca saying he was "on fire" and had "turned into royalty" after his two towering displays against Real.

Pique and his fellow defenders are unlikely to feel the same pressure on Saturday, though, with struggling Rayo having lost their last 11 meetings with Barca, conceding 50 goals in the process.

Atletico host fellow Madrid side Leganes on Saturday but will be without influential players Koke and Diego Godin through suspension.

Real Madrid, meanwhile, visit Real Valladolid after their shock elimination from the Champions League to Ajax, which all but ensured they will end the season without a trophy.

Irritated Bayern trio out to prove they are still part of the best: Manager Niko Kovac