With four games left, Brighton remained fourth-bottom of the table on 34 points, three ahead of Cardiff City who host Liverpool on Sunday. 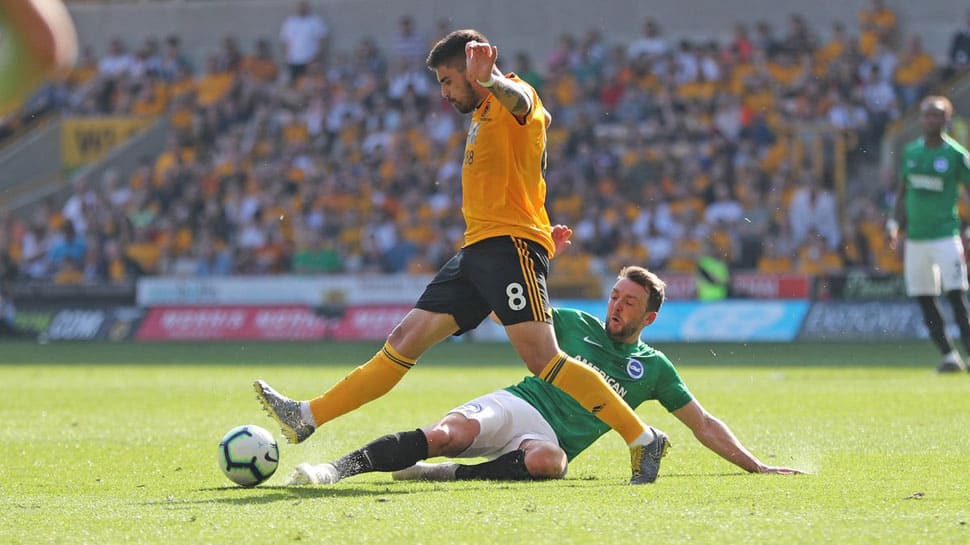 Brighton & Hove Albion rode their luck to secure a scoreless draw at Wolverhampton Wanderers on Saturday, gaining a vital point in their battle to avoid relegation from the Premier League.

With four games left, Brighton remained fourth-bottom of the table on 34 points, three ahead of Cardiff City who host Liverpool on Sunday.

On a run of four straight league defeats with no goals scored, Brighton were desperate to get something out of the game and they backed off from the start, packing their defence and showing little ambition in the attack.

Wolves dominated possession throughout and striker Diogo Jota had a strong penalty claim turned down before firing a shot just wide and sending a looping effort bouncing off the top of the crossbar.

Wolves created plenty of chances but they struggled to get shots on target and Matt Ryan was left relatively untroubled in the Brighton goal until late in the second half.

With about 15 minutes remaining Jota struck the post and Ryan had to make a superb save to prevent Leander Dendoncker from slamming home the rebound as Brighton hung on grimly for the draw.

"(I`m) very satisfied today, I thought we defended well. My fear was they might get a scrappy one, we had no choice but to allow all the crosses, but we defended very well, the whole team," Brighton manager Chris Hughton told the BBC.

"If we carry on doing what we did today, we`ll give ourselves a chance," he added.

Ryan underlined the importance of the result.

"It means a lot in the context of things, it almost feels like three points. We have a superior goal difference to Cardiff, I think that could make the difference," Ryan said.