The Bavarians, who have won the last six league titles, are two points behind Dortmund after their surprise 1-1 draw at Freiburg last week. 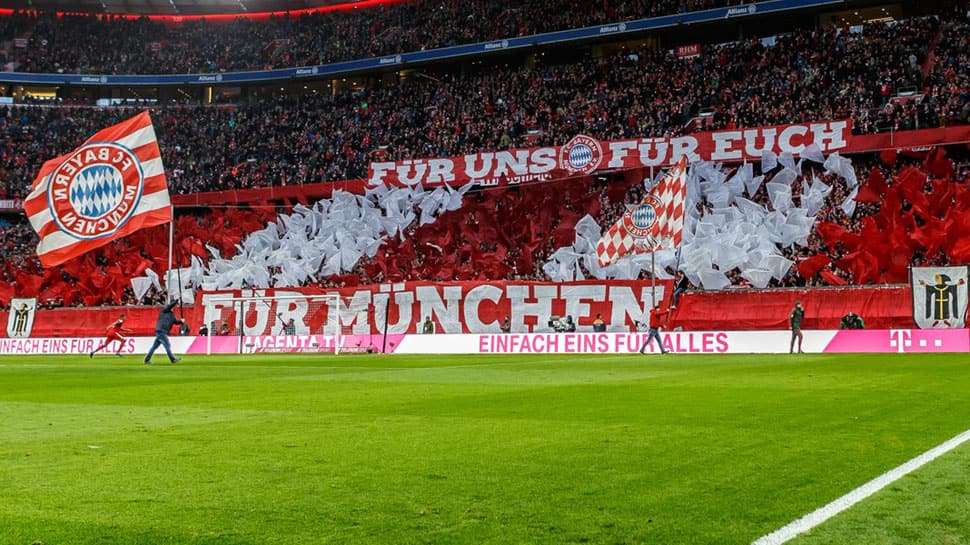 A post-game party organised by defender Jerome Boateng is causing quite a stir at Bayern Munich and the champions are hoping they will have something to celebrate after Saturday`s crunch Bundesliga match against title rivals Borussia Dortmund.

The Bavarians, who have won the last six league titles, are two points behind Dortmund after their surprise 1-1 draw at Freiburg last week.

They almost slipped up again in the German Cup on Wednesday, squandering leads of 1-0 and 4-2 against second-tier Heidenheim before snatching a 5-4 victory to move into the last four.

"We need to forget it and delete it," said Bayern sports director Hasan Salihamidzic of the Cup game. "We have a very important game coming up."

"Such games make you think, but we have to focus on Saturday because it is a very important game and we have a lot to do until then."

Victory over Dortmund would put Bayern back in front in the title race while defeat would leave them five points adrift with six matches remaining. Dortmund are on 63 points, with Bayern on 61.

Coupled with their round of 16 Champions League exit to Liverpool, failure to win the league would mark a hugely disappointing season for the success-spoilt Bavarians.

Win, lose or draw on Saturday, Bayern`s players plan to party at an exclusive Munich nightclub at an event organised by Boateng.

Informed of Saturday`s party plans by reporters, Salihamidzic said he hoped the players would not be distracted.

"I do not want to interfere in the private life of players but all our focus should be on football," he added.

"As a player, I would not do it because you do not yet know what the result will be. I hope we play a game but had he asked me I would have advised against it."

Bayern`s central defence has been one of the reasons for their erratic season and conceding four against a second division club after central defender Niklas Sule was sent off will do nothing to boost their confidence.

Dortmund have recovered from their slump in the past two months, earning last-gasp victories in their last two matches.

But their top scorer Paco Alcacer, who struck twice in stoppage-time last week to beat VfL Wolfsburg 2-0, is doubtful after injuring his arm.

"It is difficult to say now who can play on Saturday. The chance is still there for him to play," Dortmund coach Lucien Favre said. "We will have to wait until tomorrow."

Dortmund could also be without defenders Abdou Diallo and Lukasz Piszczek. A decision will be made after the last training session on Friday.

Dortmund will be without defender Achraf Hakimi and Favre played down the importance of the game.