Last season in the Champions League, Bayern were knocked out of the competition after losing to Liverpool in round of 16. 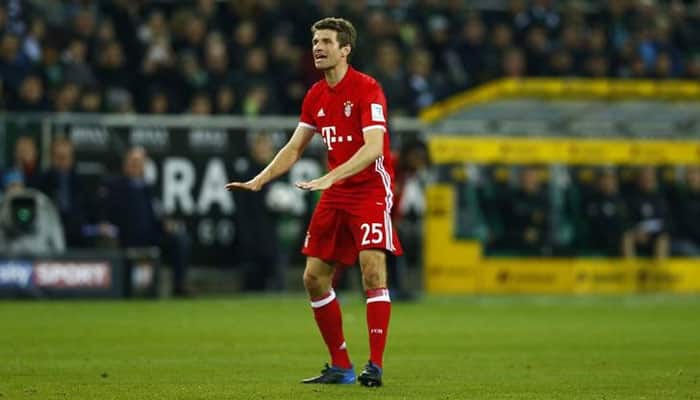 Attacking Bayern Munich midfielder Thomas Muller feels the reigning Bundesliga champions have a great squad this season with many high-quality players and will aim to reach the finals of the Champions League.

Last season in the Champions League, Bayern were knocked out of the competition after losing to Liverpool in round of 16.

"Last year, it was not a good season for us and we went out in the group stage after losing to Liverpool in the round of 16. This year, our goal is to reach the final," Muller told the Indian contingent who are a part of the Bundesliga media visit 2019-20.

"We have to be a fit squad. Once the draw comes in, we will get to know which teams we are going to play with," he stressed.

Bayern did not have a great start to this season of Bundesliga as they had a disappointing 2-2 draw with Hertha Berlin in their opening game. However, on Saturday, it was Robert Lewandowski who brought the Die Roten to the winning ways as they defeated FC Schalke 3-0 at Veltins Arena.

"I think we started solid in the last game. We didn't have much luck (in that game) but we played good football. As we drew the match, we were under a little bit pressure to win the game and 3-0 win against Schalke is a very good result. It was nice to win here in Schalke against a good, quality side," Muller said.

"Looking forward to the next games, the squad now is a little bit better with more high-quality players (joining the group). So, when the Champions League games come, I think we have a better chance," he added.

The Bundesliga Champions are without the services of veterans Arjen Robben and Frank Ribery. Robben left the Allianz Arena this summer after 10 trophy-laden years in Bavaria while Ribery, after enjoying a trophy-laden 12-year spell with Bayern has joined Serie A side Fiorentina.

Asked about their absence, Muller said: "It's a special situation. For the last 9-10 years, they have been there at Bayern. They have left big footsteps. But we also have young, talented players who can fill in these footsteps."

The German national has been to India on multiple occasions and is aware of the fact that Bayern have a lot of fan following in the sub-continent.

"We hope that the fans in India will support us. We have big plans this season after winning the double last year…We will continue to play good football," the 29-year-old said in a message to the Indian fans.