The 31-year-old, already the league`s all-time foreign scorer who has extended his contract to 2023, has grabbed seven of these goals in four Bundesliga matches. 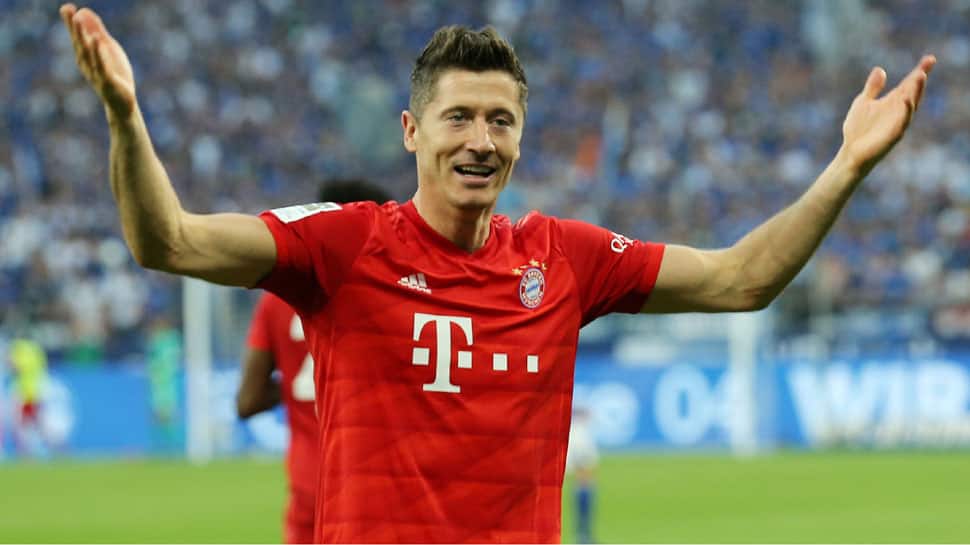 Bayern Munich striker Robert Lewandowski has enjoyed a sensational start to the season, having netted nine times in six games in all competitions to make it 200 goals scored for the German champions.

The 31-year-old, already the league`s all-time foreign scorer who has extended his contract to 2023, has grabbed seven of these goals in four Bundesliga matches.

Another one against Cologne on Saturday would see him match the club record set by Carsten Jancker, who scored at least once on each of the first five matchdays of a season 19 years ago.

But the Bundesliga top scorer`s superb run has not masked the Bavarians` wastefulness this season, with their dominance on the pitch not always translated into comfortable wins.

It has also highlighted their growing dependence on his scoring ability because, without him, Bayern would have no goals after the first two league matches, when he scored all five of them.

Lewandowski, top scorer in the Bundesliga four times in the past six seasons, will again be their main strike force against lowly Cologne but another domestic slip-up could trigger more grumbling among fans who are already unhappy with their teams` conversion rate.

Bayern completely outplayed Red Star Belgrade in their Champions League group opener on Wednesday, hitting the woodwork three times and having a staggering 34 attempts on goal.

But they were still only leading 1-0 until Lewandowski came to the rescue and scored their second in the 80th minute to settle their nerves before a final 3-0 victory.

"We had the entire game under control, created many chances but scored just too few goals," Lewandowski said. "We sometimes take the wrong decisions but these are minor issues."

"At the end we scored only three goals and not five or six. We have to use such games to improve, to learn from them."

It was a similar case last week in the Bundesliga when Bayern had 73 percent possession and a bagful of chances against leaders Leipzig but managed only a 1-1 draw, missing the chance to go top of the table.

Bayern, who have won the previous seven league titles, are currently in fourth place on eight points, two behind Leipzig, who travel to Werder Bremen.