While Shillong are facing certain relegation after finishing bottom of the 11-team pile, Bagan could hope most for a fifth-place finish. 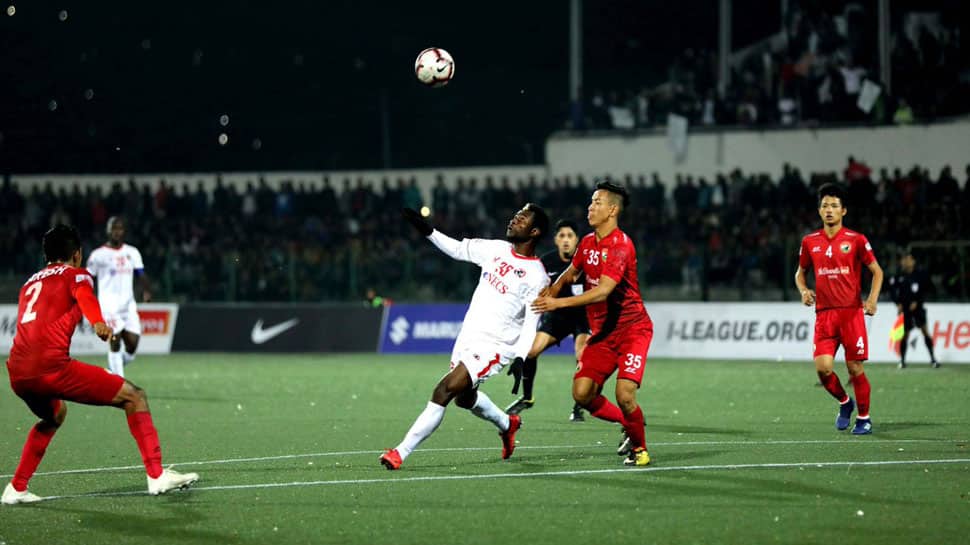 Bottom-placed Shillong Lajong will look to end their disappointing I-League campaign on a high when they host Mohun Bagan for the last time at the JLN stadium on Friday.

While Shillong are facing certain relegation after finishing bottom of the 11-team pile, Bagan could hope most for a fifth-place finish.

Hosts Shillong, who decided to go with a team comprising of their young academy players without any foreign recruit, have lost 14 out of their 19 games having conceded a whopping 53 goals in a forgettable campaign.

The visitors have also had to endure seven losses in their 19 games. But what will aggrieve their legion of die-hard supporters more, is the fact that they conceded more goals than they have scored.

Even a change of coach mid-season could not prevent what will a disappointing season for the Green and Maroons.

Bagan won the first-leg encounter between the two sides back in December last year through goals from Japanese midfielder Yuta Kinowaki and Ugandan forward Henry Kisseka, however, both will not be part of the squad on Friday.

Bagan coach Khalid Jamil gave an insight into his side's thinking. "I am satisfied that I have given everyone a chance to play. It is the last match but after this, we have the Super Cup so we are preparing for it."

"Lajong's Indian players have played very well but they lacked experience. I haven't made any change. I just wanted to give every player a chance. We are trying to give our best and can't take it lightly. It's a difficult match for us tomorrow."

The hosts have nothing to lose and everything to gain really, after a humbling campaign.

Coach Alison Kharsymtiew preferred to look at the positives.

"It was a big challenge for the boys this season, and for me, as a coach to guide them and mentor them and encourage them because they are the future of Indian football," he said.

"There will be a few changes in this squad and as I said, we are going to play and try to win and perform well tomorrow, even though we are relegated."