Bournemouth, 12th in the table, are bidding to secure back-to-back league wins for the first time since early October. 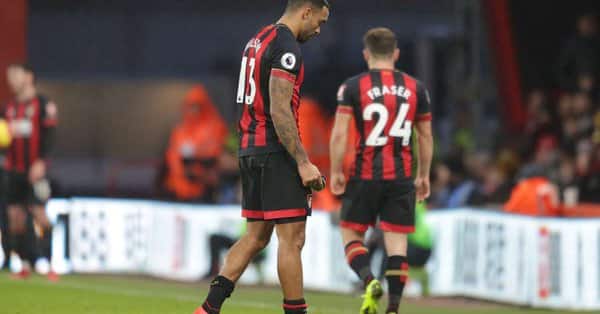 Bournemouth striker Callum Wilson is doubtful for the Premier League clash against Chelsea as he recovers from a knee injury, manager Eddie Howe said on Tuesday.

England international Wilson, the club`s top scorer this season with 10 league goals, was hurt in the win over West Ham last week.

"Callum is going to be a doubt for the game, he has a knee problem. We`re going to have to wait and see how he progresses between now and the game," Howe told reporters on Tuesday.

Reserve striker Dominic Solanke, who was signed this month, will return to action in February as he recovers from a hamstring injury.

"Dominic Solanke is progressing well on the training ground," Howe said. "Our initial estimations were that we would see him back fit at some point in February, and we`re hoping that`ll be the case."

New center back Chris Mepham is expected to make his club debut on Wednesday but defender Tyrone Mings, who has made only five starts this season, could leave the club.

"We`ll wait and see on what happens with Tyrone," Howe added. "He`s been unlucky since he signed for the club, so there`s a possibility he could be outgoing."

Bournemouth, 12th in the table, are bidding to secure back-to-back league wins for the first time since early October.