Brighton, who narrowly escaped relegation last season, looked a completely different outfit under new boss Potter as they discarded their old safety-first strategy to swat Watford aside with a 3-0 victory at Vicarage Road. 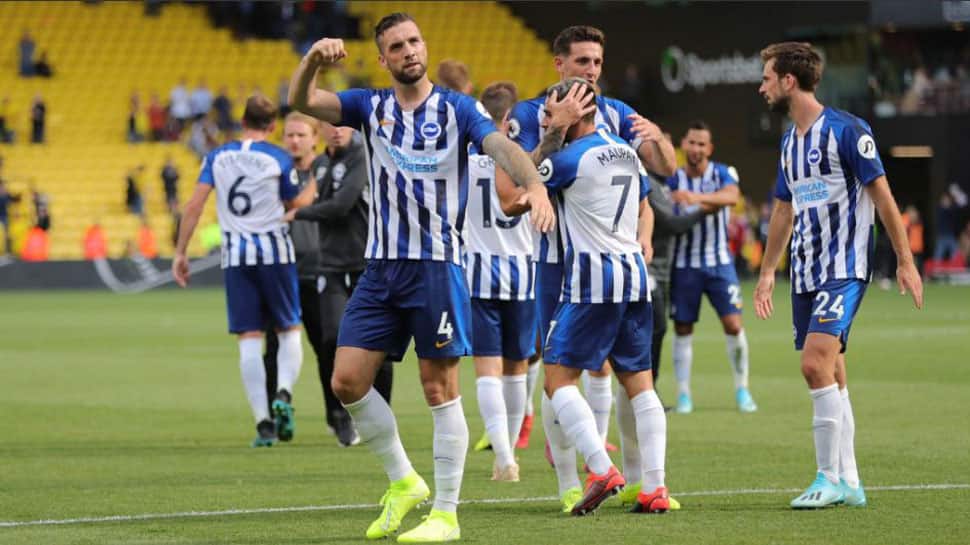 Brighton & Hove Albion may have convincingly won their Premier League opener at Watford last weekend but manager Graham Potter said his side can improve further as the season progresses.

Brighton, who narrowly escaped relegation last season, looked a completely different outfit under new boss Potter as they discarded their old safety-first strategy to swat Watford aside with a 3-0 victory at Vicarage Road.

The south coast club, who usually played with a back four under former boss Chris Hughton, went with a back three and Potter made inspired second-half substitutions that paid dividends when Florin Andone and Neal Maupay both scored.

"We can always get better, that`s normal," Potter told reporters on Thursday ahead of West Ham United`s league visit. "Once the competition starts then you start analysing performances, the exciting thing is we know we can improve."

"The players did their best last Saturday and did what we asked them to do, overall we were very effective. Some players have been asked to do different roles and they`ve done well."

"(Centre back) Lewis Dunk (who provided the assist for the third goal) has been great and he enjoys the responsibility on and off the pitch."

Maupay, who scored 25 goals in the Championship last season with Brentford, made his Premier League debut at Vicarage Road and scored 13 minutes within his introduction.

"Neal has adapted really well into the group," Potter added. "He`s a good lad who really wants to play in the Premier League. He`s young and hungry and wants to take the next step."

Saturday`s game will be Potter`s first at home and the 44-year-old said he was looking forward to his Premier League managerial debut at the Amex Stadium.

"I`ve had a taste of the Amex atmosphere already and a full house in the Premier League will be great this weekend," Potter said. "It feels like I`ve been here for quite some time, everyone`s been great and very welcoming."